THE Government of Canada has given nationals of Haiti and Zimbabwe an additional six months to apply for permanent residence. 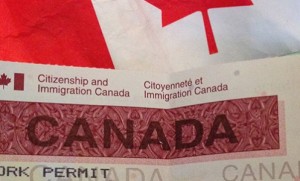 Canadaâ€™s Minister of Immigration, Refugees and Citizenship, John McCallum, and Ralph Goodale, Minister of Public Safety and Emergency Preparedness on Friday said â€œcertain nationalsâ€ of both countries have been given the option â€œwithout risk of removal from Canada.â€

â€œThis measure gives those who have not applied for permanent residence in Canada, based on humanitarian and compassionate grounds, a further opportunity to do so,â€ the Canadian Government statement said.

It said the extension is in addition to the six months that were already given to affected nationals following the lifting of the temporary suspension of removals (TSR) to Haiti and Zimbabwe on December 1, 2014.

In support of this reinstated measure, the statement said the Canada Border Services Agency â€œwill again defer any removals pending a final decision on the applications.

â€œAffected Haitian and Zimbabwean nationals will have the chance to continue to build their lives in Canada.We encourage all Haitians and Zimbabweans in Canada who want to make this country their permanent home to apply for permanent residentstatus,â€ McCallum said.

â€œThis is why we have reinstated these special immigration measures.â€

On December 1, 2014, the Government of Canada lifted the TSR for both countries.

Prior to the lifting, Canada said a TSR had been in place for Haiti since 2004 and for Zimbabwe since 2002.

When the TSR was lifted, the government said close to 2,200 people applied for permanent residence on humanitarian and compassionate grounds.

The Canadian Government said about 1,000 additional Haitians and Zimbabweans â€œcould benefit from having the special measures reinstated.â€