CHIEF Justice Godfrey Chidyausiku has told beleaguered prosecutor general Johannes Tomana that he is not a â€œfit and proper personâ€ to remain in office. 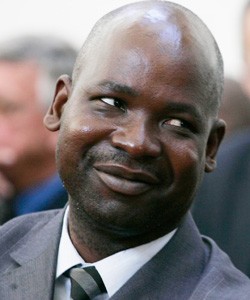 Tomana was recently arrested and is currently being prosecuted for allegedly trying to defeat the course of justice after withdrawing charges against two military officials implicated in the plot to bomb President Robert Mugabeâ€™s dairy company.

The politically-charged case is the latest in a tough few months for the controversial chief government prosecutor.

Last year Tomana was threatened with jail by the Constitutional Court if he failed to allow the private prosecution of a Zanu PF legislator accused of rape.

Tomana had refused to handle both cases, claiming there was insufficient evidence.

Now Chidyausiku, in his capacity as chairman of the Judicial Service Commission, has cited the two latter cases, as he moves to oust Tomana.

â€œThe Constitution Court considered your failure to obey these court orders constituted a violation of Section 165 (1) of the Constitution of Zimbabwe and imposed on you what it considered appropriate punishment for such transgression,â€ Chidyausiku wrote in a letter to Tomana.

â€œThe fact that the Constitutional Court found as a fact that your disobedience of the court orders merited the punishment it imposes triggered, together with the other allegation, the mechanism for the Judicial Service Commission to consider whether or not it should exercise the power conferred on it in terms of Section 159(7) as read with section 187, of the Constitution.â€

The Chief Justice gave Tomana 10 days to respond and the prosecutor general said he would oblige him.

â€œâ€¦I seek a declaratory order bearing on the invalidity of the process which has been commenced by the first respondent (JSC) purportedly in terms of section 187 of the Constitution of Zimbabwe,â€ said Tomana in an 11-page affidavit.

â€œPending determination of this matter I seek in the interim a temporary interdict stopping the commencement of the process.â€

He added: â€œThe orders I was held to have been in contempt of are orders of the High and Supreme Courts respectively.

â€œCompliance with those orders is enforced by the High Court. In fact, as at the date of the order of the Constitutional Court, proceedings for contempt had been instituted in the High Court.

â€œThe constitutional Court has no jurisdiction to relate to a matter which was within the purview of the High Court.â€