CHITUNGWIZA: Concerned residents and council officials here have called for fresh investigations into the operations of the local authority after mayor Phillip Mutoti was recently allocated a business stand reserved for a health institution. 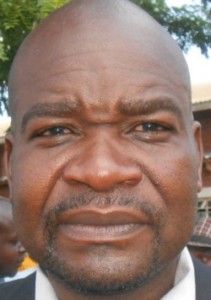 Minutes of a recent council meeting show that Mutoti was allocated Stand Number 15554 in Nyastime which measures 8396 square metres (m2) and was reserved for the construction of a health institution.

However, some councillors, council officials and residents are up in arms as they feel the allocation was done without following the townâ€™s regulations.

â€œMutoti is already a beneficiary of a residential, an industrial and a business stand; it is therefore illegal for him to be allocated another business stand,â€ a council official said.

Another councilor said the allocation of a stand meant for a health institution to the mayor suggested that he intended â€œto resale itâ€.

â€œIt is clear that Mutoti will resale the stand but what bothers other councilors, residents and council employees is that he should not have been a beneficiary of that stand, especially considering that he has no known medical training or background.

â€œWe view this as outright corruption,â€ the councilor said.

Over the past one month, at least 10 councillors have been awarded industrial stands which, according to council officials, they were not allowed to receive.

Other allocations of commercial stands, which have raised eyebrows, are that of the town clerk, Alfred Dube who was allocated 2162 m2 of land to construct a pre-school, Zanu PF Zengeza 4 District, which received 4100 m2 of industrial stand and Clyde Mukusha who received a commercial stand.Â Mukusha is the owner of Clyna Trading, which runs Park Rite, a company that is in a five-year partnership deal with the municipality.

â€œThese allocations are illegal as most of the beneficiaries are undeserving or have been allocated similar stands before.

â€œThis is an issue that we feel should be investigated by the ministry of local government,â€ a council official privy to the operations of the municipality said.