THE MDC-T feud pitying Senator Matson Hlalo and the party`s Bulawayo provincial chairperson, Gift Banda, is not yet over, as the former is seeking to take their protracted battle for the party`s chairmanship to the Supreme Court. 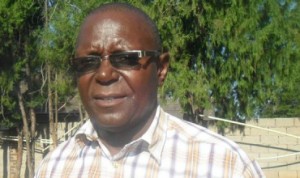 Hlalo, who has since been expelled from the party, has applied for condonation which gives him permission to take his case to the Supreme Court.

He however, dismissed his expulsion, noting that according to the opposition`s party constitution, only congress can endorse such a decision.

The veteran politician suffered a setback earlier this year when the High Court dismissed his appeal to have Banda, who is also Bulawayo Deputy Mayor, removed from the post, until the Supreme Court rules on the matter.

High Court judge Maxwell Takuva had ruled in favour of Banda granting him his application for rescission of judgment, which had earlier been passed by Justice Martin Makonese, blocking Banda from assuming the chairpersonship.

Justice Francis Bere last week had ruled that the High Court had no jurisdiction on a case pending in the Supreme Court.

But Hlalo rejected the result saying the elections were marred by violence, vote-buying and reports of ballot-stuffing.

Since then the two have been locked in a bitter battle which has since spilled to the courts.

Hlalo has however, suffered a legal stumble, after he approached two courts over the same matter.

Speaking through his lawyer, Godfrey Nyoni, Hlalo conceded that he had erred in handling the matter, forcing him to seek a condonation.

“The appeal has since been withdrawn and it is my desire, still to pursue the appeal.

â€œI have, however, decided to do the right thing and act promptly in seeking condonation, after which I will then seek this courtâ€™s leave.â€