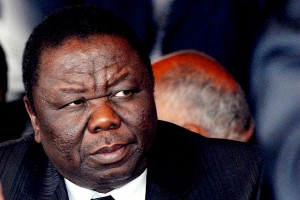 Tsvangirai, in a belated response to Mugabeâ€™s threat at the AU summit earlier this month, last week wrote to the UN boss, arguing Zimbabweans would want to be part of the international body and its affiliate agencies.

Mugabe made the threat at the AU summit in Addis Ababa, Ethiopia, where he said African countries would pull out en-masse if the UN bodyâ€™s Security Council was not reformed.
Mugabe is the immediate past chairman of the AU.

â€œBut this is a man who has resisted all economic, political and some electoral reforms in his own country. In 2003, Mugabe dragged Zimbabwe out of the Commonwealth after Zimbabwe was suspended in March 2002 for gross violation of human rights especially during the election period.

â€œThe international community knows that Mugabeâ€™s regime thrives on violence, repression and intimidation. By threatening to leave the UN, he wishes to continue his unrelenting repression of the Zimbabwean people. Zimbabwe cannot live in isolation defying both national and international opinion.â€

â€œVarious Zanu PF and government officials have threatened those who do not support them with starvation. The First Lady has openly abused donations and even national loans from Brazil, for example, to campaign for her party and herself.

â€œOver the years the UN through its various agencies has come to the aid of Zimbabweans in need. Through the World Food Programme and other international relief organisations, the UN has over the years moved in to avert starvation among Zimbabweâ€™s needy communities.â€

With about three million citizens facing starvation, Tsvangirai said UN agencies â€œmust put in place mechanisms to ensure food aid they donate is not distributed in a partisan mannerâ€.