RURAL DEVELOPMENT minister, Abedinico Ncube, has accused Gwanda District Administrator Gladys Zizhou for her sloppiness in the discharge of her duties as she is fond of absconding important meetings. 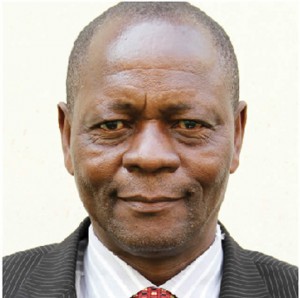 Ncube, who was speaking at a Community Leaders Engagement Forum held in Gwanda on Friday, said the DA’s behaviour had resulted in the underdevelopment of the Matebeleland South capital.

The meeting was attended by Chiefs, Councillors and government heads of departments but Zizhou had sent a representative.

“Where is the DA (Zizhou)? I am disappointed because she does not attend most of these meetings. This is actually taking people for granted.

â€œI have noticed she sends a representative to every function. What is so difficult about interacting with people that you are expected to work with?â€ quipped the minister.

“What is the DA’s purpose if she keeps on sending representatives to functions that are supposed to be overseen by her, she must cease to be an armchair DA and be on the ground so that Gwanda can develop.â€

The minister said the DAâ€™s attitude was of concern to may people who needed to work together with her to achieve desired goals.