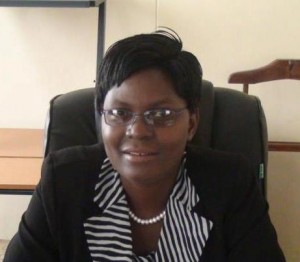 Mamelo Moyo, the Midlands State University (MSU) finance director has been arrested and charged with defrauding the university of $150 000 in at least 30 counts of fraud and corruption.

This development vindicates The Zimbabwean that was, in the past, threatened with a civil suit by the university over the publication of a series of investigative articles that unearthed the corruption early last year.

The university, through its Registrar, Erasmus Mupfiga, strongly refuted any charges of corruption at the institution and claimed that The Zimbabwean was out to tarnish the image of the university.

Moyo, who is jointly charged with her husband Melusi Moyo, appeared at the Gweru magistrateâ€™s court yesterday accused of allegedly siphoning more than $150 000 from the institution in fraudulent business activities involving irregular tenders. They deny the charges.

Prosecutor Lloyd Mavhisa told the court that on October 2015, MSU, represented by Erasmus Mupfiga, got a tip-off of undisclosed connection with Netabelt Investments (Pty) Ltd, one of the university’s suppliers of stationery and computer accessories.

The institution then requested that Deloitte & Touche investigate the relationship between the accused and the company.

“On realising that the university procurement procedures were about to be audited, both Moyo and her husband completed ‘declaration of conflict’ forms declaring that her husband was in fact a director of Netabelt Investments,â€ said the prosecutor.

The court further heard that she coerced two of her subordinates, Nyaradzai Kutsira and Jonathan Satande, to sign as witnesses.

Prosecutor Mavhisa said the audit revealed that Moyo’s husband had entered into at least 30 transactions worth $154 393, 65 supplying MSU with stationery and food for which his
wife authorised payment.

In a separate case, Moyo was charged with abuse of duty as a public officer after she authorised payments that were supposed to be done by another office.

Prosecutor Mavhisa told the court that in December 2013, Moyo telephoned her sister’s husband, Tinashe Shumba, based in Botswana and requested him to supply toner cartridges to the university.

“Shumba subsequently e-mailed a quotation of $9 860 to Moyo for 25 toner cartridges after which she gave him the go-ahead to supply the cartridges. This is contrary to the university’s policies and requirements,” said the prosecutor.

The court also heard that on February 22, 2014, Shumba delivered the 25 cartridges under the name of Black Brain Operations, an unregistered company, and that Moyo not only authorised the payment, but also signed for it in the cash register on behalf of Shumba, took delivery of the money and handed it to her brother-in-law who, in turn, gave Moyo $200 in appreciation.

Although their lawyers, Albert Mhaka and Arnold Sakupinje of Mhaka Attorneys pleaded for bail for the two accused, bail was refused by Magistrate Phatekhile Msipa and the case remanded until 2nd March 2016.