While most of the unemployed youngsters spend their time drinking cheap alcohol and smoking on the street corners (what happened to the 2million jobs), there is no sign whatsoever that Robert Mugabe and his Government have the will or skill to rescue the country from total collapse. 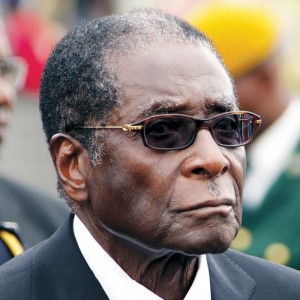 It is not easy to digest the fact that as the rest of the populace fail to make ends meet due to Mugabe’s misrule, he (Mugabe) has the audacity to go on holiday and not only with his immediate family but with his usual hangers on as well using tax payers money.

One tends to wonder when Mugabe was last in office as he has been in and out of the country so many times this past year leaving his two deputies to further ruin the country as they took turns at the hot seat or at times his (Mugabe’s) wife who has somewhat become his mouthpiece making the situation even worse and at the same time as the broke government struggles financially one of the vice presidents has been staying in a five star hotel with his family for over a year now because the accommodation the Government Â had secured for him was not up to his standards(sic) while the same Government does not have enough money to pay civil servants, repair roads that are in a deplorable state, hospitals running out of basic drugs and some of the hospitals departments closing down due to lack of funding etc.

As all this happens, the powers that be go about their business as though all is well and are now busy preparing for yet another birthday bash for Mugabe who is turning 92 at a cost of USD 800 000 while the ordinary citizen fails to get drugs from Government hospital dispensaries mainly Harare Hospital. Talking of misplaced priorities, the Harare Hospitals CEO has the nerve to say that no procurement of drugs will happen until she gets USD 87 000 for a new car while most civil servants only received their December pay in January.

Yes Mugabe lives to kill and rob again, robbing the people of Zimbabwe of happiness and or a good life. It appears the majority of Zimbabweans will continue to wallow in poverty and destitution unless Mugabe and his bankrupt Zanu Pf regime resigns en masse and call off the conceived plans of staging the USD 800 000 birthday bash for him (Mugabe) and instead mobilize and divert the money to importing maize to avert the impending drought.

If Mugabe has a heart at all, then he should at least have a conscience and cancel the planned obscene birthday bash for the sake of the starving Zimbabweans out there in the various corners of he country.