Sadly, Shermaine Nyaruwata (38) gave birth to twin boys, both physically disabled, at Mnene mission hospital in Mberengwa 14 years ago. Her husband, the family bread winner, passed away when the boys were four and since then, the burden of caring for the twins has fallen on their mother who lives in the rural village of Mataga. 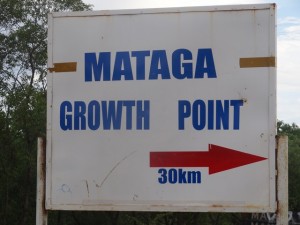 The twins, Tapiwa and Tatenda, were born with a medical condition that resulted in their legs having to be amputated at the knee. Due to the lack of financial resources, their mother, who survives as a peasant farmer, is unable to obtain the necessary equipment to assist her boys.

The best they have had are wooden, makeshift walking sticks with which they can only move about within the perimeter of their homestead but not beyond. This means that they have never entered a school gate or a classroom. They have also missed out on normal childhood play that is so vitally important to all growing children.

This heartbroken and visibly traumatised mother shared the following with this reporter: â€œMy children can hardly walk. Doctors encourage me to buy equipment and prosthetics that will help them, but I am not been able to this. In fact, just putting food on the table is very hard considering that our extended family are even worse off than me financially. The twins have never gone to school because I cannot afford the fees demanded to make the school disability friendly,â€ said Nyaruwata.

All efforts to get assistance from government through the department of social services has been fruitless. She is constantly told by officials that the state is broke. The only help received way back was some food aid assistance from an NGO.

In a separate interviews by this reporter in the villages where Nyaruwata lives, other sad stories emerged by affected parents and guardians of children living with disabilities.

â€œMy only son is blind as you can see. He is now 11 and there are no educational facilities available here. I cannot afford to buy Braille material or to enrol him in a school for the blind because I am just a poor peasant farmer,â€ said Norman Hamandishe (39).

Unemployed, Fortunate Sibanda (44) told a dire story of having to take care of two grandchildren with disabilities since their parents succumbed to HIV/Aids in 2009 when the children were three and six, respectively. One child is partially blind and the other has to use a wheel chair. It is a constant battle to meet their needs and all efforts to get assistance from the government have been unsuccessful.

Nomore Mbangani (33) whose child’s hands were amputated, told this reporter that her family is subjected to discrimination because the traditional community they live in believe that her family is cursed; â€œIt is all because of our poor background and failure by government to provide the necessary assistance that we now endure discrimination and insults. We are living a life of hell,â€ she said.

The 1982 national disability survey carried out by the government revealed that the majority of people with disabilities lived in rural areas. They estimated then that there were over 276 000 in rural areas and that of these, only 2% would have access to conventional facilities, mostly located in urban centres. Since then the government has been making empty promises to assist the rural disabled, but no meaningful interventions have been seen.

In 2013, another national survey revealed that about 900 000 people were now living with disabilities. Of these, only 18% were educated to Form four while 39% failed to proceed beyond Grade seven due to poverty induced by the comatose economy.

Section 83 of the new constitution exclusively guarantees people living with disabilities the right to education, health and freedom from abuse among others. On September 2013, the government agreed to the rules laid down by the United Nations Convention on the Rights of People with Disabilities.

The Disabled Persons Act does not confer any obligations on the state in terms of fulfilling the rights of the people with disabilities and hence the need exists for it to be re-aligned with provisions for the new constitution.

In August 2013, 90 members of various disability organisations elected Annah Shiri to represent them in the senate. Last week this reporter contacted her for comment on the plight of rural children living with disabilities in her home area of Mberengwa in particular and the country in general.

Senator Shiri said that the best way for government to intervene would be to set aside a specific amount in the annual national budget to meet the needs of the disabled.

â€œThe most critical areas are health and education. That is where disabled children and adults need most assistance. I am therefore pushing that the government create a fund for this in the annual national budget starting in 2017,â€ she said.

Blessing Mataga, Mberengwa’s representative for the Disabled Women Network said his organisation has tried to set up a co-operative project for parents and guardians of children with disabilities to cushion themselves from economic hardships, but that the project has hit a brick wall.

â€œWe have salt and soap making machines, but we donâ€™t have money to kick-start the project. It will cost $5000 for the project to get off the ground and we therefore call upon civic society and the corporate world to help us financially,â€ he said.

â€œWhile we wait for the government to intervene, ordinary villagers should start the process of assisting those affected by way of moral support in order to stamp out stigma. In parliament we will also continue pushing for more assistance,â€ he said.