A GROUP of Zanu PF youths going by the name Save Zanu PF campaign has lashed out at First Lady Grace and called on President Robert Mugabe to â€œstop her from self-destructionâ€. 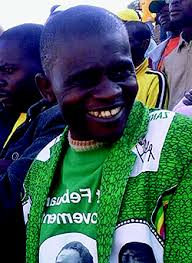 The group comprises of serving and suspended Zanu PF provincial chairpersons, members of affiliate organisations such as the Zimbabwe Congress of Students Union (Zicosu) and Children of Zimbabwe National Liberations War Veterans Association.

They warned that they might be forced to confront Grace if she continued on her â€œdestructive pathâ€.

â€œCde President, we plead with you to rein and restrain our respected mother, your wife Dr Grace Mugabe for the good of the party, your legacy, unity, and for her own good as a politician,â€ the group which claimed loyalty to the veteran leader and the party said.

Grace torched a storm last week after she seemed to make insinuations against Vice President Emmerson Mnangagwa and sections of the countryâ€™s military, accusing them of plotting to kill her youngest son Bellarmine Chatunga.

The statement urged the countryâ€™s security services to stand firm in the face of adversity.

â€œRemain strong and unshaken, we pledge our support to you not as individuals but to the very cause which binds us together, our revolution, our nation and our iconic leader President Mugabe. Remain principled for principle is sacred. Donâ€™t not feel threatened by misplaced utterances of some misguided elements who canâ€™t even pull a catapult but have a habit of playing to the gallery whenever they hold a microphone,â€ the statement said.

To Grace Mugabe the youth did not pull any punches.

â€œDonâ€™t force us to confront you as a politician that you have become and as secretary for the womenâ€™s Affairs for it is that positionÂ that is giving you the right to address party gatherings and not because you are the presidentâ€™s wife,â€ SZC added.

â€œWithout saying much, can you be reminded that you are not the party or state authority as you claimed at your rally in Chiweshe recently because in 2013 we elected President Robert Gabriel Mugabe to the office of State President.

â€œAt the partyâ€™s congress in December 2014 we elected President Robert Mugabe to be the partyâ€™s president and first secretary and you as secretary for womenâ€™s affairs. That authority vested in the President in either capacity as one center of power canâ€™t be abused by a mere secretary for womenâ€™s affairs. A doctorâ€™s wife is not a doctor and canâ€™t undertake surgical operations so is the kombi driverâ€™s wife who canâ€™t use her husbandâ€™s driving license to drive on our roadsâ€.

Vice President Phelekezela Mphoko who has been in the eye of a storm since his ethnic slur last Friday at the same rally was not spared either.

â€œWe are appealing to you to refuse to be dragged into unproductive kidsâ€™ fight and not to start these tribal wars and utterances that may force people to regard you otherwise. Being the chairman of the national disciplinary committee of the party we thought you would be at the forefront promoting party discipline and adherence to party ideology and procedure,â€ the group said.

There was no end to accusations against Graceâ€™s alleged allies.

â€œAll we want to say to you is we are going to defend our party and revolution against you as a bunch of criminal, gays, corruptionists, divisionists, factionalists and successionists.

â€œWe donâ€™t care whatever it shall take us but we canâ€™t fold our hands and watch you as you destroy the party, our Presidentâ€™s legacy and divide the people. You have declared war against the party and what it stands for and the people are going to stop you right in your tracks,â€ the statement said.