PEOPLEâ€™S Democratic Party (PDP) leader Tendai Biti has fired a broadside at some â€œstupidâ€ western ambassadors in Zimbabwe for allegedly jumping into bed with a Zanu PF faction at the expense of former opposition allies. 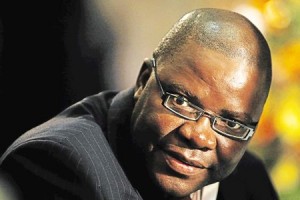 West must not impose Mnangagwa on Zimbabweans … Tendai Biti

Following the shock defeat of the countryâ€™s opposition by Zanu PF 2013, the West has been softening its hostile stance towards President Robert Mugabeâ€™s regime which it blames for rights abuses in the country.

Diplomatic circles claim the West was gravitating towards an Emmerson Mnangagwa takeover which it hopes shall culminate into his presidency when Mugabe exits politics.

The West, it is further alleged, believes Mnangagwa was a reformist who will open up the country to Western trade and guarantee property rights.

But the apparent betrayal has riled the countryâ€™s opposition, among them the former finance minister, Biti.

â€œThere are some embassies that have stuck their necks out on a particular candidate in Zanu PF and sought to redefine Zimbabwean politics, â€˜Zimbabwe needs a strong manâ€™,â€ Biti said at Ibbo Mandazaâ€™s Sapes policy dialogue forum Thursday evening.

The elite forum is often attended by Western ambassadors and their Zimbabwean staff.

â€œ…You get seduced by this argument that â€˜democracy canâ€™t exist in Africa, we need these big manâ€™. There are some embassies that have been running with that.

â€œVery unfortunate, very unwise, very stupid for lack of a better word, excuse me for speaking like I am still at the studentsâ€™ union.â€

Zim on brink of civil war

He said this would not yield any positive results for a crisis-weary country which he predicted was on the brink of a civil war under Zanu PFâ€™s current slide towards implosion.

â€œThat has created a new regime of international thinking in Zimbabwe…â€˜we will engage with this government on economic affairsâ€™; that suddenly Zanu is actually a reform agent; that certain people who were actually monsters of yesterday can actually drive the reform agenda.

â€œSo you have dinner with some of these ambassadors and you look at them and think, have they taken two or three glasses of wine and you say no they are still sober.â€

Biti urged the West to desist from attempts to impose leaders on Zimbabweans.

Mandaza, who moderated the discussion in which Zimbabwe People Firstâ€™s Rugaro Gumbo was co-panelist, urged a national consensus among Zimbabweans and the broader international community on the way forward.

He also concurred with Biti.

â€œWe must warn our international partners that we donâ€™t want in Zimbabwe what they would not have in their own countries, appointed leaders.

â€œYou donâ€™t have that in your countries, you have got elected leaders. Down with the Eurocentric view of African politics where stability is more important than democracy, where the big man syndrome is largely a creation of European countries.â€

The twoâ€™s comments also follow similar sentiments by MDC-T leader Morgan Tsvangirai who urged the West to trade carefully when dealing with the â€œhardlineâ€ Mnangagwa.

â€œI was with one of the ambassadors and he was talking about Mnangagwa being a pragmatist,” Tsvangirai said then.