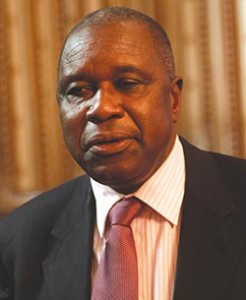 Unbelievable things are happening in Zimbabwe. I wonder how many times in the last fifteen years Iâ€™ve started one of these letters with that phrase! With every passing day Zimbabwe in 2016 feels more and more like Zimbabwe in 2007 and 2008: weâ€™re literally running out of money again. The only difference now is that we arenâ€™t trading in super-hyper- inflation Zimbabwe dollars but in very real, very dirty, US dollars.

Banks have just sent out a notice to their customers advising that daily cash withdrawal amounts have been reduced by 60%. Last week, if you had it, you could draw out US$5,000 a day; this week you can only withdraw US$ 1,000 of your own money. Another notice advised that interest rates had been cut by 50% and then came the notice that all international internet payments had been suspended until further notice: â€œdue to supporting documents required in line with the new RBZ directive.â€

The next unbelievable news came from parastatal ZESA, the electricity suppliers. Going into my local ZESA offices to buy prepaid electricity vouchers there were no signs, notices or adverts about the proposed increases. I asked if the price was going up, by how much and when. Vague mumbling revealed that a 45% increase was coming but â€œit could be today, tomorrow, next month or some time.â€

Then came the staggering front page weekend news and photographs of war veterans being tear gassed by police in Harare and when the war veterans tried to re-group they were met by water cannons. Some of the quotes they gave to the press were unbelievable and definitely bear repeating here:

â€œItâ€™s clear now that this country is being run by whores and gays who donâ€™t even know how to respect us.â€

â€œI feel like crying. Some leaders have multiple farms and as war vets, what do we have? Nothing. They insult us every day. â€¦ This treatment is worse than what we experienced in the war.â€

â€œWe are being treated like dogsâ€¦. This shows that there is no leader anymore at the top.â€

Neither the war veterans nor their Minister seemed to get the irony of the event: perpetrators have become victims.

Enough unbelievable-ness? Wait, there was more.

Mines Minister Walter Chidakwa held a news conference and ordered all diamond mining companies to vacate their concessions in Marange and Chimanimani and cease operations. The Minister said the mining companies were operating illegally as their permits had not been renewed for four or five years. The Minister didnâ€™t say why it had taken four or five years for expired diamond mining permits to come to light. According to press reports the government will now â€˜compulsorily consolidateâ€™ all seven diamond mining firms in the country into one with the State owning 50% of the merged entity. The diamond mine â€˜compulsory consolidationâ€™ sounds very much like the compulsory acquisition of farm land and the compulsory indigenization of private businesses. Like â€˜compensationâ€™, â€˜compulsoryâ€™ has become another dirty word in Zimbabwe.

There was one more sensational story when ex Vice President Mrs Joice Mujuru told a UK newspaper that her husband was shot before he was burnt to death in a mysterious fire in 2011. Mrs Mujuru wouldnâ€™t reveal who the perpetrators were but said â€œthe people in powerâ€ know. The news wasnâ€™t surprising but the timing was. Why wait four and a half years before exposing this? Why stay working as the Vice President with the same â€œpeople in powerâ€ for another three years after the murder and fire if you know that they know? Imagine how different things could have been for Zimbabwe if this grisly truth had been exposed in 2011, two years before the last election.