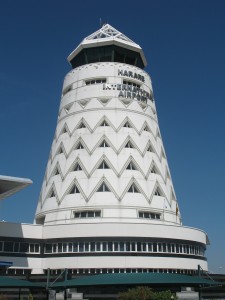 This comes after Zimbabwe confirmed they had given the green light for the US-based plane, its crew and the cargo to leave.

Last Sunday a man’s body was found in a side compartment of the plane that was ferrying newly-printed money from Germany to Durban, when it made an unscheduled landing in Harare.

Zimbabwe says it wants the plane’s goods scanned to ensure that the tonnes of cargo aboard the plane are in fact cash.

It has also made an additional request regarding the unidentified man’s remains. Zimbabwe’s position is that there is no connection between the cargo that was in the plane and the body.

â€œWhile the Zimbabwe security has said they have found no connection between the two they must still scan the cargo to ensure that it is only what is on the schedule of the plane,” says Zimbabwe’s Foreign Affairs Permanent Secretary Joey Bihma.

Zimbabwe also wants the body of the unknown man to be left behind.

â€œZimbabwe cannot take responsibility for it because it did not originate from Zimbabwe; we are just taking it from that point of view.”

This is relief as the South African embassy coordinates with its health authorities to prepare to receive the body but as the incident nears an end, there is still one more hurdle.

South Africa will need to bring in specialists and scanners to comply with the first request. Off loading and scanning reported 57 tonnes of money will come at a huge cost.

“At long last some positive movement. We have now set the processes afoot to get the people to come over to transport the equipment they use. So once they are here and we are able to off load the cargo.

“Then the Zimbabwe authorities can do their bit,” says South Africa’s Ambassador to Zimbabwe Vusi Mavimbela.

However, questions remain about where exactly the man came from, and how he boarded the plane.

Also why Mozambique denied the aircraft landing rights, forcing it to fly back to Harare, where the ground staff discovered the body.

Zimbabwean authorities say the male corpse was so badly decomposed they could not retrieve finger prints, so the mystery continues.