On Friday 26th February Zimbabwean exiles in the UK are to stage another protest outside aclinic in Nottingham run by a Zimbabwean immigrant doctor who has seized one of the last white-owned farms in Zimbabwe. 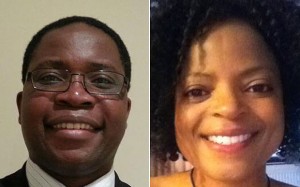 Dr Sylvester Nyatsuro, a British citizen, claims that the Mugabe regime told him he could have the farm although he has been resident in England for more than 15 years. His wife, Veronica, is apparently connected to Mugabeâ€™s wife Grace.

The farm was besieged by hired thugs for months before armed police forced their way in exactly fourweeks ago on Friday and took away the owner Zimbabwean-born Phillip Rankin who was about to harvest a crop worth up to Â£240,000.

The demonstrations outside Dr Nyatsuroâ€™s clinic have been organized by the Zimbabwe Vigil Â which has been protesting outside the Zimbabwe Embassy in London every Saturday since October 2002 in support of human rights in Zimbabwe.

At 4 pm on Saturday 27th February the Vigil will present a petition to 10 Downing Street calling for Dr Nyatsuroâ€™s British citizenship to be revoked. The petition to Prime Minister David Cameron reads:

Zimbabwean exiles in the United Kingdom and sympathisers are appalled by the behaviour of Dr Sylvester Nyatsuro and his wife Veronica who run the Willows Medical Centre in Nottingham. Dr Nyatsuro is a British citizen, long resident in this country, yet he has illegally seized a farm in Zimbabwe owned by a white Zimbabwean farmer, Mr Phillip Rankin, who bought it with the approval of the Mugabe government. Dr Nyatsuro and his wife are reported to be connected to Grace Mugabe. We are puzzled why a British doctor should want a farm in Zimbabwe since he and his wife are apparently in full-time employment here and have no known farming expertise in a country facing starvation. We ask your government to consider revoking Dr Nyatsuroâ€™s citizenship on the grounds that â€˜it was obtained by means of fraud, false representation or concealment of any material factâ€™ (see: Deprivation of British citizenship and withdrawal of passport facilities â€“ file:///Users/GG/Downloads/SN06820%20(1).pdf: House of Commons Library). We also question his suitability to run an NHS clinic in Nottingham while farming in Zimbabwe.

The petition has been signed by hundreds of people who have passed by the Vigil on Saturdays. More than 7,000 others have signed the petition online.

3.30 pm move from the Vigil outside the Zimbabwe Embassy, 429 Strand, London WC2R 0JR

The Vigil has been asked to draw attention to an online petition asking the British government to ban Zanu PF in the UK (see: https://petition.parliament.uk/petitions/120585).