MUTARE: There is need for a complete overhaul of the Zimbabwe Electoral Commission (ZEC) if the country is to hold credible elections, a top Zimbabwe People First (Zim PF) official has said. 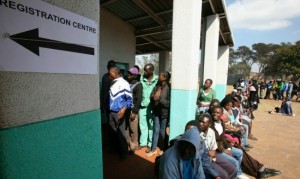 Opposition Zim PF official Charles Samuriwo said it does not make sense to implement reforms which declare that no police officer should be in any polling station when the presiding officer and several deputies are ex-military.

He was speaking at a public meeting recently organised by Zimbabwe Election Support Network (ZESN) to discuss biometric voter registration and the state of electoral reform in the country.

Samuriwo, a former Zanu PF Manicaland spokesperson, said addressing electoral fraud starts with the cleansing of ZEC and its composition to ensure its total independence.

He said the best equipment can still be abused when in the hands of manipulators as the Ghanaâ€™s 2012 general election proved.

â€œThe credibility of the process, just like the past elections, is subject to it being manned by credible individuals bringing us to the question – is ZEC credible? Does it become so when we change its tools?â€

Samuriwo said the selection of ZEC officials, in the best scenario, should be based on qualified individuals from a pool nominated by political parties in a process monitored by regional and international bodies, not a single interested party.

He said ZEC should establish cut-off dates for voter registration to ensure a roll that is not stuffed with ghost voters, adding that voters should have at least three months to verify their names before the election.

â€œElections are the ultimate political test and, if politics is a game, then the team that establishes and maximizes on a competitive edge carries a favorable result,â€ said Samuriwo.

ZEC has, over years, been blamed by opposition parties for manipulating the electoral process in favour of President Robert Mugabeâ€™s Zanu PF.

The opposition has long demanded reforms, complaining that electoral body was stuffed with Zanu PF apologists and sympathisers.