THE MDC party is demanding satisfactory answers from government on the operations and circumstances that led to the closure of the Marange diamond mines last week. 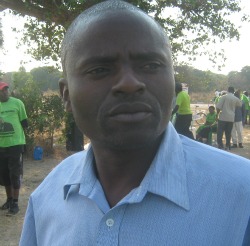 The MDC said mines Minister, Walter Chidhakwa, and President Robert Mugabe must explain the closure of diamond mines in Marange by publishing comprehensive figures to prove their innocence and for the purposes of transparency.

MDCâ€™s demands come after government last month gave all mining companies at Chiadzwa and Chimanimani 90 days to move their equipment.

The government said it had consolidated diamond mining companies into one entity named the Zimbabwe Consolidated Diamond Company to â€œimprove efficiency and accountabilityâ€.

However, MDC spokesperson, Kurauone Chihwayi, said the abrupt closure of diamond mines in the absence of a valid explanation and an audit report detailing the quantities and amounts raised from the private saleÂ of the country’s gems was questionable.

â€œIt is illogical for a government to close down mines and throw people into the streets without a convincing explanation.

â€œThe MDC is raising the red flag to draw public attention to the evil and inadequate reasons given by government officers around the closure of diamond mines in Zimbabwe.
â€œWe are very much disturbed by the lack of transparency and accountability inÂ theÂ administration of natural resources by the Zanu PF government which has a bad tendency of prevaricating when caught engaging in criminal activities,â€ said Chihwayi.

He added that his party remains committed to the creation of a devolved state where power would unlocked and spread down to communities.

â€œFailure by the Robert Mugabe regime to improve infrastructure andÂ provide the much needed social services in Marange area is a clear sign of failure and poor governance,â€ he said.

The closure of Chiadzwa mines has left the poor poorer, stark with contaminated water, dilapidated infrastructure and jobless families.

â€œOur concern as the MDC is the abuse of revenue generated from the gems and gross lack of transparency and accountability in the mining andÂ selling of Marange diamonds.â€

Activists and the opposition accuse the Zanu PF government of channelling resources towards the elite and its internal political fights.