Zimbabwe and South Africa are two very similar African countries in terms of gambling legislation. Both countries have one of the largest concentrations of casinos on the African continent, and in both countries gambling is legal and regulated. In Zimbabwe gambling is monitored by The Lotteries and Gambling Board as the regulatory body under the Lotteries and Gaming Act, while South Africa has several depending on the province. 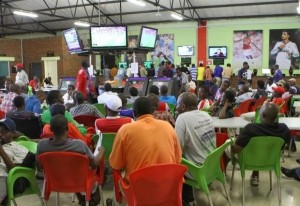 The essential parts of both the Zimbabwean and South African economies are tourism and gambling, which has made the governments show great interest into the gambling establishments and how to improve the regulation of the gambling industry. The difference with Zimbabwe is the political climate surrounding Robert Mugabeâ€™s rule which has led to economic sanctions by the USA, which has affected tourism as well.

South Africa has a much larger market which has led to the launching of some South African online casinos like Zebra Casino. The Western Cape Gambling and Racing Board is the biggest provider of online gambling licences, with 32 online bookmakers licenced. These also accept Zimbabwean citizens that want to play online. Generally there are no restrictions for players from Zimbabwe to play at foreign sites because the governmentâ€™s effort is largely extended to email monitoring, so there is no real threat towards the players.

However, online gambling is still low in Zimbabwe due to the low internet penetration across the country even though the number of internet users is increasing rapidly every day. The ICT sector is slowed down largely due to the countryâ€™s economy.

At present Zimbabwe has several cities with gambling establishments, as well as South Africa, which are mostly the cities most visited by tourists such as Port Elizabeth and Cape Town. The combination of white sandy beaches and glamorous casinos seem to suit well to tourists.

Just like in South Africa, in Zimbabwe too sports betting has been heating up with the launch of many different sports betting services. Horse racing is especially big, and more and more Zimbabweans are placing bets on the local soccer matches as well as on the big European leagues.

However, recently the government of Zimbabwe has tried to put a stop on awarding betting licences as an effort to limit the surge in sports betting and lotteries. According to the Deputy Home Affairs Minister, there were too many operators in the country even though the betting shops employ many people in a country where the unemployment rate is increasing uncontrollably. To make things even more ironic, much of the unemployed youth is starting to seriously turn towards gambling as a means of income as a result of their financial situations and unemployment status.