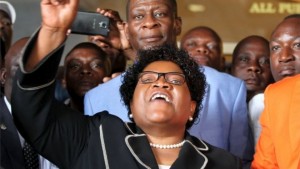 They were under strict order from Dick Mafiosi to beat up Â Mutambara because he had betrayed President Mugabe by joining ZimPF.