â€œSix months after getting into Parliament, we now spot big bellies; 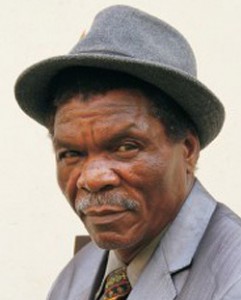 “how many years has he (Mugabe) led this country yet he has not heard the opportunity to grow his belly because he will be busy leading this country.â€

ZANU PF Senator Tapera Machingaifa caused a stir in the upper house this past week after he likened President Robert Mugabe to Jesus Christ adding the veteran leader has, similarly, given himself to crucifixion.

Machingaifa was contributing to a motion which had been moved by a fellow Zanu PF legislator to congratulate the 92-year-old leader on his â€œsuccessful completion of concurrent terms as African Union and SADC chairpersonsâ€.

Machingaifa, chose to be controversial, further applauding the veteran leader for his kindness which saw Senators â€œgrow belliesâ€ after being elected as MPs.

The Mashonaland West politician described Mugabe as a strong leader who has given himself to crucifixion by the West for his bold stance against homosexuals.

â€œThe President is a brave leader whom I liken to Jesus Christ; he is carrying the cross just like our Lord Jesus did when he died on the cross for our sins,â€ he said.

Machingaifa was interjected by MDC-T Masvingo Senator Misheck Marava who accused the legislator of being blasphemous.

â€œ… I think that amounts to blasphemy. While we respect our President we must not put him to temptation,â€ said Marava.

But that did not stop Machingaifa from deifying Mugabe.

â€œOur Lord Jesus Christ died for our sins; today the President is suffering on our behalf, and I have not erred on that regard,â€ he said.

â€œSix months after getting into Parliament, we now spot big bellies; how many years has he (Mugabe) led this country yet he has not heard the opportunity to grow his belly because he will be busy leading this country.â€

Machingaifa further described Mugabe as a brilliant leader who has impressed fellow Africans to a point of wanting him to continue being AU chair.

But among opposition legislators who were least impressed by Machingaifaâ€™s fawning comments were Theresa Makone who said Mugabe was a â€œdevoutâ€ Catholic just like her, who would not accept being likened to Jesus Christ.

â€œI want to tell you now that in our faith of the Holy Catholic Faith, Robert Gabriel Mugabe will never dream one day of being or likened to someone nearly similar or half similar to our Lord Jesus Christ. He will never,â€ Makone said.

Makone continued: â€œNo matter what good we do, no matter how good or how excellent our performance is, we believe that we are only to do it because the Lord Jesus allows us to do it.

â€œWe are only but instruments of His work, in whatever we do in our sleep, waking up moments, weakness, intellect and strength.

â€œTherefore, I would like Hon. Members in this House, both Catholic and any other faith to understand that Robert Gabriel Mugabe is a Roman Catholic Member, not only is he a member, he is also a devout Catholic and there is no room for him to be equal to his Lord and creator our Lord Jesus Christ.â€

This was however, not the first time Mugabe has been likened to Jesus Christ.

The Zanu PF youth league last month said celebrating Mugabeâ€™s birthday was like celebrating that of Jesus Christ, claiming both were sent to â€œfreeâ€ the people.

In that, they were joining other party loyalists such as Highfields West MP Psychology Maziwisa, Psychomotor Minister Josiah Hungwe and the late Tony Gara back in the 1990s.

Mugabe himself has had occasion to draw himself closer to Jesus through claims that he has died and resurrected â€œmore times than Jesus Christâ€.

He would be responding to repeated media claims of his â€œdeathâ€.