HARARE: Norway will close its embassy in Harare in June, the countryâ€™s Ambassador to Zimbabwe, BÃ¥rd Hopland, has revealed. 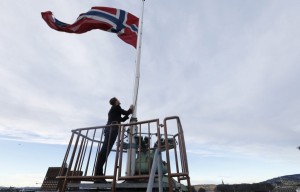 Bard told the African News Agency on the sidelines of the official launch of the new Theatre in the Park venue in the capital on Tuesday night that it could be his last public appearance in Zimbabwe as the embassy was moving to Pretoria, South Africa.

â€œThis might possibly be the last opportunity I have to address such a distinguished audience here in Harare since the Norwegian Embassy will be closing in June,” he said.

“Following the dive of the oil price, and the cost of the refugee cases in Europe, all ministries have to cut their expenditures, so the Ministry of Foreign Affairs had to close five embassies.

“We are also closing in Zambia, Kazakhstan, Guatemala and Bulgaria.”

He, however, said the country would continue with its programmes in Zimbabwe, adding the closure of the embassy was not in any way a sign of bad diplomatic relations between the two countries.

â€œEven without an embassy, many ties between Norway and Zimbabwe will continue.

“Norway remains a strong contributor to multilateral organisations and international programmes, including the UN, the World Bank and the African Development Bank, as well as global health funds,â€ Bard is quoted as saying on the embassyâ€™s website.

Norway established its embassy in Zimbabwe shortly after independence in 1981, and has been providing development aid to the Southern African country with its major focus on support toÂ election process and democratisation, human rights and culture.