IN the book â€˜World Christian Encyclopedia â€“ A comparative study of churches and religions in the modern world AD 1900-2000â€™ edited by David Barret (Oxford University Press, 1982), the 1975 Nairobi Assembly of the World Council of Churches resolved that â€œno one imprisoned, tortured, harassed or persecuted â€“ should escape the vigilance of the praying churchâ€. 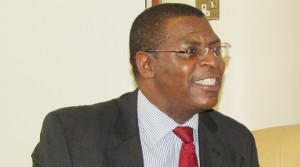 What is still not clear though is whether or not there is a correlation between political freedom and the growth of Christianity. What we know is that in authoritarian dictatorships like North Korea and Saudi Arabia, Christianity is virtually outlawed. The other fact is that there is a massive Christian movement in developing countries of Latin America and Africa where that religion has experienced exponential growth despite restricted political freedoms. Zimbabwe is one such crude example.

The crucifixion and resurrection of Jesus Christ forms one of the fundamental principles of Christianity. Through this act, God pronounced that we may be redeemed from all our sins. Easter, therefore, gives us an opportunity to reflect on this unconditional and self-sacrificing love of God for mankind.

For us, this is the thirty-fifth time we have â€˜commemoratedâ€™ Easter Holidays since 1980. From time immemorial, we Africans have celebrated religious occasions, sometimes marked with blood-letting sacrifices to both known and unknown gods. The mentality of sacrifice is engrained in humanity as a means to reassure ourselves that a force beyond our control still presides over our fate and destiny. But when such destiny â€“ as in the case of Zimbabwe â€“ is marked with beacons of poverty, misery, drought and unemployment, we can only hope for divine redemption.

Easter holidays do not come with the pomp, ceremony and fanfare associated say with Heroes Days and Christmas. We assume they (should) impose on us a sense of sobriety and discipline befitting a nation that is known for its Godly character â€“ in some quarters interpreted as lethargy, apathy and docility. These derogatory labels are a result of ignorance of how post-nationalist nations are reconstructed. When we sit home and relax over the four days, we need to introspect on why we have been a nation that is so easy to oppress; how this sobriety has been catalytic in creating space for those with state power to trample on our rights without inciting a violent response. Does Godliness mean that our best chance at responding is merely turning the other cheek; or watching in bemused awe as our valuable resources are plundered by a politically privileged few?

Those who believe that these four days are an opportunity to celebrate the dignity and victory of Jesusian resurrection, do they emerge on Tuesday better prepared to deal with the vagaries of a corrupt, centrist system that does things only for self-aggrandisement? And for non-believers, after four days of culinary excess, are they better energised to punch the dragon as much as it is punching them? If not, in both cases, what is the point of this holiday without emerging spiritually or politically more energised?

As President of a social democratic national party, I cannot imagine a single moment of tranquility in these four days when there is so much to achieve in the little time that is left between now and 2018. The mere thought of the magnitude of electoral deceit and pervasive lies that the regime imposed on the nation in Easter of 2013 still haunts me, that we have come this far still paralysed in political turbulence, injustice and poverty despite promises to the contrary is frightening. There are those who have succumbed to the bruising winds of the struggle and jumped ship. It is understandable â€“ when a struggle seems to continue ad infinitum some, if not most, fall by the way side. For others, the unfulfilled promises of quick wealth derived from lofty party positions become too much a burden to their consciences, while some are natural â€˜victimsâ€™ of non-delivery induced resignations.

Whatever the case might be, there is no doubt Zimbabweâ€™s proverbial â€˜Christian statehoodâ€™ places the nation on a path of collective self-introspection at this time of the year. We are not all necessarily post-Jesusian believers for there are those with customs rooted in traditional beliefs. They also deserve respect. What we seek is that perhaps several â€˜eastersâ€™ from now, Zimbabweans will have re-discovered their freedom. We yearn for political alternatives that fulfill the promises made during the struggle for our freedom and independence. We demand and deserve justice, peace and wealth because this is what our fathers fought for, some losing their lives. In the midst of celebration, travel and prayer, we have to stay safe so that we can live to fight another day in search of true and effective democracy in our nation and the prosperity of ALL our people. – by Welshman NcubeÂ