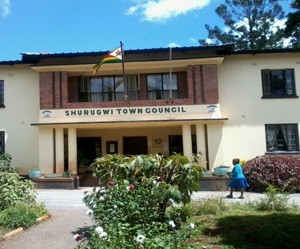 Intense rain and wind destroyed several shops and houses as well as a fowl run and the roof of the bus terminus at Tongogara and Donga business Centre. Affected families and business owners have appealed to government and well-wishers for assistance.

Telling this reporter of her painful ordeal, a troubled, elderly woman, Mbuya Chemhuru said that she was very shocked about the destruction of her homestead caused by the storm that started at around 4:30 pm.

Blessmore Fundira echoed the same sentiments. He told this reporter that he lost goods worth $2500. Included in the lost items were three bicycles, a tonne of maize, his childrenâ€™s school uniforms and textbooks as well as household furniture and clothing.

“This is most painful and a great loss to me. I came back home at around 5:00 pm to find my chicken run destroyed and all 150 of my chickens dead. They were my only source of livelihood. I started this project with funds acquired from a soft loan, but now I need a miracle in order to pay the money back. I appeal to well wishers to kindly assist me,â€ said this lady who identified herself as Mrs Chipato.

According to a reliable source in Tongogara Rural district council, many houses were damaged or destroyed by the heavy rains. Affected people do not have place to put their salvaged belongings and for some the only option is to cover their houses with plastic.

The responsible authority came to investigate and quantify the amount of damage, but the people on the ground donâ€™t know when authorities are going to start repairing their houses. In the interim the lives of people who live in badly damaged homes are in danger.

All efforts to contact Tongongara Councilâ€™s Chief Executive Officer(CEO), Mr Brian Rufasha for his comments were fruitless and no contact had been made at the time of going to print.

Local business structures have not been spared as this reporter and news crew observed when visiting six affected businesses premises in Chachacha. The businesses have been forced to close down due to the severity of the damage.

â€œSince I was born I have never seen such a sight. Fridges and other appliances floating in the flood waters and roof sheets blown off and found about 200 metres away from the business site,â€ said one of the shocked businessmen.

Officers at the local police station refused to respond to this journalist’s questions saying they had to first file a report with their superiors.