THE current Zanu PF internal fights have triggered a premature election mode in the country with major political players hitting the campaign trail as competition hots up. 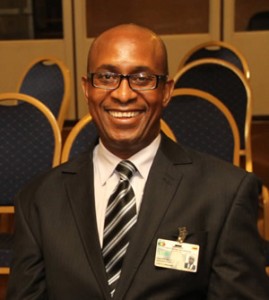 The MDC-T has absolutely no reason to panic … Obert Gutu

Analysts say the 92-year-old President Robert Mugabeâ€™s advanced age has also fueled the stampede to garner enough support ahead of an election due in two yearsâ€™ time.

Mugabe last week turned to the Zaoga church and even found cause to take the church’s side in a land dispute involving the institution.

He further remembered war veterans, his once most loyal support base, promising a Harare meeting beginning of April to hear their grievances.

Mugabe, who in the past months had abandoned political rallies on his wife, Grace’s shoulders, promised last week to go on countrywide rallies with his wife.

Similarly, Morgan Tsvangirai of MDC-T was in Marondera for a rally last weekend while his party has also planned an April protest march to demand answers over the $15 billion diamond revenue embezzled by cartels linked to President Mugabeâ€™s regime.

A raid at Harvest House, the MDC-T headquarters on Monday reminded Zimbabweans of the bitter relations between archrivals in MDC-T and Zanu PF.

Mujuru has likewise launched her party in full force and could very easily ruin Mugabe and Tsvangiraiâ€™s presidential ambitions.

Masvingo based academic Takavafira Zhou said Mujuruâ€™s entry into the political arena has upped the stakes, threatening both Mugabe and Tsvangiraiâ€™s political dominance.

â€œThe current election mode is being caused by the unfolding collapse of Zanu PF,â€ Zhou said.

â€œMujuru has put her cards on the table and further to that, there continues to be antagonistic camps in Zanu PF.

â€œThat in itself shows that the centre can longer hold. The centre that has been a powerful force which has been able to keep the opposition at bay is no longer existent.

â€œYou are seeing Tsvangirai trying to defend his territory being the biggest political party… he needs to maintain his space which could be occupied by Mujuru.

â€œOn the other hand, Mugabe needs to show a brave face and show that Zanu is still intact.â€

Harare publisher and academic Ibbo Mandaza feels the current Zanu PF instability was a harbinger of ruling partyâ€™s imminent collapse as opposed to an election mode.

â€œWe have entered a turning point long before elections in which the balance of forces are pretty profound and played out,â€ Mandaza said.

â€œAn impending implosion in the system in which on one hand Mugabe is on a perilous edge and the others are smelling blood and the end is nigh.

â€œClearly for me you will see dynamic developments in the coming months.â€

MDC-T spokesperson Obert Gutu denies his party was panicking and looking to outcompete opponents well ahead of the polls.

â€œThe MDC has got absolutely no reason to panic,â€ Gutu said.

â€œWe are simply strengthening our party structures and recruiting more members into the party.

â€œPresident Morgan Tsvangirai is a grassroots mobiliser who is a firm believer in a retail brand of politics.

â€œAny serious political party always has to be in a state of preparedness. We are preparing to take over in 2018.â€

Observers have warned an election mode would inevitably see Zanu PF abandon the controls and concentrating on its political survival and the consequences are felt in the national economy.

A Zanu PF under political threat has in the past seen the ruling party splash millions in oiling its patronage system with the most memorable being the ZW$50,000 payouts to war veterans in 1997 and the expropriation of white owned land to redistribution to black Zimbabweans.