A ZIMBABWEAN woman working as PA to a London company boss used her corporate credit card to blow Â£264, 000 ($370, 000) on designer handbags, foreign travel and a luxury car. 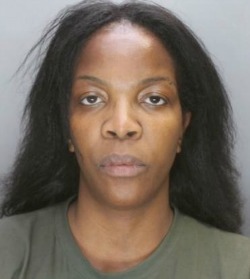 Jean Tugwete has appeared in court and was jailed for three and a half years.

Tugwete, 41, lied her way into a job working for the Chief Executive of London marketing firm Communisis by concealing a string of previous convictions for similar scams.

She then used the company’s AMEX card in a three-year spending spree to buy more than a quarter of a million dollars worth of luxury items.

She also bought a selection of handbags including top of the range pieces from Louis Vuitton, Prada and Chanel.

When she was arrested in February last year police found her Colchester home crammed with designer handbags and clothes.

“She also used the card to make frequent low-value purchases such as spending in restaurants and coffee shops,” added the prosecutor.

To cover up the scam, Tugwete used strips of paper or Tipp-Ex on bank statements before changing the description of the purchases to legitimate business expenses before downloading specialist software from the internet.

But she was caught when a colleague discovered a memory stick containing various drafts of the same bank statements.

He added: “It is clear that you obtained many goods to a significant value, goods that could be said to involve you in a degree of high living.

“They included the purchase of a Peugeot motor car, an extremely expensive sofa and travel of the order of more than $15,000, which included tickets to Australia, designer handbags, bicycles, jewellery and other designer goods.”

The court heard the fraud was a ‘carbon copy’ of a previous scam Tugwete carried out while working as PA for an academic at a London university.

She was convicted of six counts of false accounting and eight counts of obtaining property by deception in 2006 after using her boss’s credit card to buy $18, 881 worth of goods, which she sold on eBay.

In 1997, Tugwete was also convicted of stealing a credit card off a friend she was staying with in an attempt to buy goods in Argos.

But when she applied for a job at Communisis, Tugwete did not disclose her convictions, invented references and even used a false passport for identification.

Ms Silver said: “She provided a false document, in a false name, with a false date of birth in order to obscure her identity and disguise her criminal history.”

Tugwete became PA to the Chief Executive in November 2010 and was issued with an American Express corporate credit card to make purchases in her role, such as booking travel.

“From April 2012, for a period of about three years until the discovery of her behaviour in February last year, when she was dismissed, she used the card to make significant purchases for her own benefit,” said the prosecutor.

She explained how Tugwete disguised the purchase of a car with three separate entries for a ‘strategy away session’, ‘meal at the Chiswell Street Dining Rooms’ and ‘board meeting at the Grosvenor Hotel.’

Tugwete claimed some of the money was sent for treatment of her sick son who is in hospital in Zimbabwe.

Tugwete, of Harwich Road, in Colchester, admitted possession of false identity documents, fraud by abuse of position and two counts of false accounting.