â€œHad it not been for the Zimbabwe Population Based Impact Assessment (ZIMPHIA) survey, I donâ€™t think I would ever have had an HIV/Aids and Syphilis test,â€ said a male participant (30) , who I will refer to as Mr X. 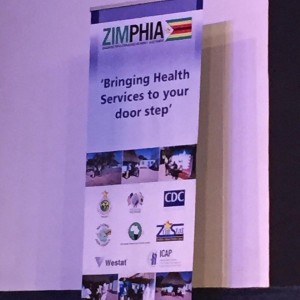 Reporter Thabani Dube interviewed Mr X and other people regarding the ZIMPHIA survey in a high density suburb west of Bulawayo.

â€œI only became aware of the ZIMPHIA team and the great work that they do when they knocked at my door. They explained their health packages and the benefits of undergoing the test to me in the comfort of my own home,â€ said Mr X, a widower with a four year old son.

Mr X added that although he knows that the opportunity to be tested exists, most men are embarrassed to be seen at a HIV testing clinic because of what the community might think of them.

However, a single man who lodges at Mr Xâ€™s house told this reporter that he tried in vain to participate in the study, but was not seen as a member of the household. A household is defined by ZIMPHIA as a group of related people living under the same roof.

â€œI tried to convince them but they would not budge because I am not part of my landlordâ€™s family. I believe that I need to be tested but I do not have the money or the time to go to a clinic,â€ said Mr X’s tenant, who did not wish to be named.

ZIMPHIA survey is a cross sectional survey targeting 15,000 houses randomly selected in the countryâ€™s ten provinces in which about 30,000 adults and children are expected to be tested for both HIV/Aids and Syphilis.

The goal for the study is to produce a realistic reflection of existing and new HIV infections at national and provincial levels as well as the prevalence of suppressed HIV viral load in both adults and children. Results are given promptly, but viral load blood samples are sent to Lancet Central laboratories in Harare with results available in six to eight weeks.

ZIMPHIA is led by the Ministry of Health and Child Care with financial support from The US Presidentâ€™s Emergency Fund for AIDS Relief (PEPFAR) to the tune of $8 million.

It started in October 2015 in Mashonaland Central, moved to Matabeleland North in November, then to Manicaland and is currently in Bulawayo.

So far, half of the 43 Enumeration Areas (EA’s) which are selected suburbs, each with about 33 out of 100 households have been tested in the city of Queens and Kings by eight teams.

This reporter carried out a snap survey on the impact and benefits of the tests in Bulawayo Metropolitan Province and found a general picture of hope despite mixed feelings from individuals not involved.

Public health researchers have noted that community involvement in any intervention has a sustainable positive impact.

Traditionally, ZIMPHIA have mobilising their teams to advertise, notify and educate communities before visiting households. This was done through road shows, workshops, provincial launch programmes and door to door distribution of pamphlets in EA’s to raise awareness.

Recently, Bulawayo faith based organisations had a workshop to raise ZIMPHIA survey awareness.

â€œThey introduced themselves to me in my capacity as a ward leader. My ward has seven suburbs and only one was selected as an EA. I took advantage of a resident associationsâ€™ feedback meeting last week for the ZIMPHIA team to raise awareness. It was very successful and we expect the team this coming week,â€ she said.

Ngwenya moreover, indicated that the cityâ€™s health services director had put the ZIMPHIA survey on the health committeeâ€™s agenda.

A female participant (35) expressed the wish that ZIMPHIA becomes an annual programme.

â€œI was home alone when ZIMPHIA tested me, the following day they returned and tested my 15 year old daughter and my husband. I learnt a lot about diseases and my own health. I think the ZIMPHIA programme should incorporate cervical cancer screening in future,â€ she said.

This country is pioneering the first population based HIV impact assessment survey on the continent to obtain realistic adult and paediatric HIV infections and thereby enable informed policy making and intervention programmes.