Who can ever forget the legendary brave and wonderful exploits of Robin Hood and his band of men, which we read when we were children, and how he was so hurt by the manner in which the rich exploited the poor, such that he ended up organising his men to rob the rich so that he could give to the poor? 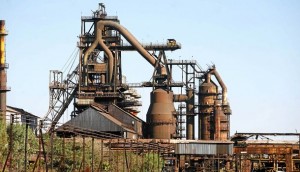 Well, in Zimbabwe the opposite is equally true, we have a band of people who apparently survive by robbing the poor to give to the rich – who get richer everyday, whilst the poor get poorer.

The Zimbabwe Iron and Steel Company (Ziscosteel), the now defunct steelmaking giant situated in Redcliff, is a classic example of how those in power can reach rock-bottom in their brazen inhumanity, leaving them without a Â shred of self-respect – as a few people have turned a whole community of over 70 000 people into paupers.

The once vibrant state-owned steelmaking giant used to be the pride and joy of the whole of Zimbabwe, as it was the backbone of the entire Southern African region, however, corruption and gross mismanagement of the company by both management and those in government, led to its closure in 2009.

A 2007 commission of inquiry into the state of affairs at Ziscosteel exposed gross mismanagement and corruption that also included very senior government officials, but, due to cronyism, their names were never released.

Whilst those involved in the mismanagement and corruption where allowed to get away with looting millions, if not billions, of dollars from the company, the poor workers – some of whom had faithfully toiled at the company for nearly half a century – were left literally without a cent.

Those that retired or were retrenched at Ziscosteel’s closure were never given any terminal benefits, whilst those that remained at the company are not been paid their salaries.

Recently the government – through the Minister of Finance, Patrick Chinamasa – announced the sending of the remaining employees to a mandatory 6-month leave, and yet these workers are not being paid their salaries.

How does the government think these people are surviving?

If Ian Smith had done something similar to them during the colonial days, would that not have been just cause to launch the liberation struggle, as it would have been the clearest sign of cruelty and evil?

Those in authority – Â including those in Ziscosteel’s management, who are still receiving all the perks from the company and enjoy a semblance of a lavish lifestyle, without caring at all about the suffering of their subordinates – have again clearly shown the folly of sitting back and trusting those in power to do the right thing.

It is time that those who are owed by Ziscosteel stood up for their rights, and fight for what is rightfully theirs.

This government-owned company can not be left to ride roughshod on the people who sacrificed and gave their all for it, only to have a few people benefit from this sweat and tears, whilst the rest are left to scrounge for a mere morsel to eat.

This same happened to dismissed employees of another government-owned company, the Grain Marketing Board (GMB), but these workers stood their ground by encamping at the company’s head offices for weeks until their demands were met, through a court order that compelled the GMB to pay these workers all their outstanding salaries, or else the company’s properties would be attached.

Similarly, Ziscosteel’s past and present workers need to rally together to make sure that they are paid all their outstanding pensions, salaries, and all other benefits.

All legal and constitutional means must be explored and exploited to ensure that the company is made to take responsibility for its actions.

The government, as the owner, has also further revealed itself to the whole world for who they really are – an uncaring, exploitative, oppressive group of people who make Ian Smith and Cecil John Rhodes look like heroes and saints.

If nothing is done as a matter of urgency, an economic, social, political, and health disaster is imminent in Redcliff.

Today, it is more than a mystery as to how the people in this town are surviving, as they strive – by any means possible – to make ends meet.

However, in spite of all their commendable efforts, they can never really manage to make a decent living worthy of a human being.

Most children in Redcliff are not attending school, as their parents can not afford the fees demanded.

As a result, there is a community in Zimbabwe, that has been forced by the looting powers-that-be to be a breeding zone for an uneducated generation.

The poverty that this community had been forced into has also led to very poor service delivery by the local authority, as Redcliff residents can not afford to pay their rates and other charges.

This has led to garbage being uncollected for long stretches of time, leading to a potentially lethal outbreak of hygiene-related diseases, such as typhoid fever, cholera, and other diarrhoea.

To make matters worse, the town experiences monthly water disconnections by the city of Kwekwe – which supplies the small town with water – due to a ballooning debt, which is reportedly just over US$1 million.

This debt will continue to increase, as long as the people of the town are not able to pay their water bills to the Redcliff municipality.

In fact, some families were left homeless in 2015, when they were evicted from their homes as a result of their failure to pay rentals to the Redcliff municipality.

The municipality of Redcliff should understand the plight of the residents, and strive to come to a workable agreement as to the way forward, without resorting to any draconian measures, which will only exacerbate the problem.

Serious hunger has also gripped the small town, with numerous families going without a nutritional meal for days, especially in the suburbs of Rutendo and Torwood.

Already, cases of nutrition-related problems are being reported in the town.

Many people in Redcliff are dying due to diseases, that would otherwise have been easily treated, if the people had been paid their dues and could afford medication – but even the company medical aid scheme has been closed off to the workers.

The business community in Redcliff is also feeling the pinch, as most people cab not afford to buy anything, as a result, most businesses have either closed shop, or moved away.

It is very clear that this small town, established in 1948 is a ticking time-bomb in Zimbabwe, where urgent government intervention is needed.

If the government does not seriously attend to these problems bedevilling this Ziscosteel community, it only has itself to blame should the situation get out of hand.

Â° Tendai Ruben Mbofana is a social justice activist and commentator, writer, and journalist. He writes in his personal capacity, and welcomes any feedback. Please call/WhatsApp: +263782283975, or email: [email protected]com