KWEKWE: Police were Tuesday afternoon investigating a suspected petrol bombing incident in which Manunure High School had its financial records destroyed by fire. 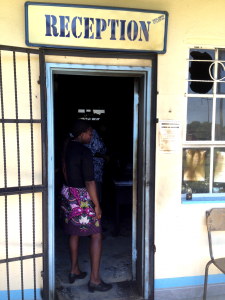 According to the School Development Committee chairman, Dickson Zhou, receipt books, computers and desks in the bursarâ€™s office were destroyed by fire Monday night at around 8pm.

A ZRP officer in Kwekwe confirmed the incident, saying colleagues were on the ground combing the crime scene and they were treating the case as a petrol bombing incident.

â€œWell, it is true that my colleagues are down there. And so far it looks like someone threw a petrol bomb inside the accounts office. But we will have official information by tomorrow of which you will have to call Harare,â€ said an officer on condition of anonymity.

National police spokesperson, Charity Charamba, was not answering her phone.

Zhou also confirmed that the incident was being treated as a suspected petrol bombing case.

As details were still hazy, both Zhou and the police officer were reluctant to say what they thought may have led to the bombing of the accounts office.