JOHN Panonetsa Mangudya is clearly an educated man. After obtaining his MS and BS from the University of Zimbabwe, he also possesses a PhD from Washington International University. He has a wide experience in the financial field, having served as Managing Director of CBZ Bank Limited, Group Chief Executive Officer of CBZ Holdings Limited (April 1, 2012 to April 30, 2014), non-Executive Director of Willowvale Mazda Motor Industries (Pvt) Ltd and president of the Zimbabwe Bankers Association (2008). 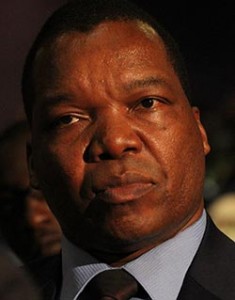 Dr. Mangudya, theoretically, must certainly be a man who knows what he is expected to do in his current job. But Dr. Mangudya`s educational attainments can only be hailed if he comes up with solutions that can practically help uplift Zimbabwe`s comatose economy. Failure to do this, John will join the long list of our educated, but not learned, professors and doctorate holders in government and the private sector.

Now, John was at the helm of CBZ during dark years (2004 â€“ 2009) â€“ he must have learnt something during this time both from his own job and as a senior executive. His appointment must have convinced the one who appoints that he had a plan for Zimbabwe. He cannot be employed today and be clueless the following day. Zimbabwe expects him to come up with solutions. He is also coming in at a time when there is a new wave of company closures and a crippling drought affecting millions of Zimbabweans as well as a ballooning the national debt burden; crumbling infrastructure particularly roads and railways and 80% recurrent expenditure.

So what does John propose? With the cash crisis deepening in Zimbabwe in the last few weeks, the Reserve Bank governor has been forced to take drastic action to curtail money-laundering, which financial sources in Harare say is at the centre of increasing concern. John has encouraged Zimbabweans to use plastic money when making transactions, reminding Zimbabweans that it is the responsibility of everyone to take part in alleviating the deepening cash crisis.

And, as is to be expected, John also took a swipe at local businesses who do not deposit their money in banks, opting to keep their savings at home. Besides these factors, Mangudya blames the civil service salaries and bonus for the cash shortages. A recent order that tobacco farmers be paid for their produce through banks has not helped the situation. Mangudya also blames the cash squeeze on the opening of the tobacco floors, whereby small scale farmers` demand for cash payment. This has been worsened, according to our Governor, by the demand of above $5m per week by artisanal gold miners. Most unbanked artisanal small scale miners want spot cash for their gold.

To help alleviate the problem, Mangudya has enlisted the support of Afreximbank to put in place a nostro (USD held in foreign banks) and export support facility. According to Mangudya, the facility will bridge the gap between the high demand for cash (between October and February), when only gold and platinum were major earners before tobacco joined in March with the opening of the tobacco floors. In total, Afreximbank is helping this way: $200m for interbank facility, $200m for grain imports, and $150m for small scale gold mining while also unveiling $819m for bridging finance to help in the arears clearance strategy.

But the big questions are: Has Mangudya missed the bigger picture of the problem? Are his solutions going to work in the long run? Aren`t his â€œsolutionsâ€ immediate term measures to cure the symptoms of a much bigger problem? Does Mangudya understand the underlying and deep-rooted problems to the cash crisis? Has he learned anything from the Gono era?

Mangudya`s solution to a lack of bank notes in Zimbabwe is a nostro facility, that is, American dollars held in foreign banks. But is this not a clear and vulgar admission that the cash crisis is not just a lack of American bank notes locally, but in fact that the local banks don’t have the American dollars locally and elsewhere after all?

This is not the first time that Zimbabwe has solicited for external nostro support. Could the educated Mangudya explain why previous nostro support by large international banks dried up, thereby exacerbating Zimbabwe’s cash crisis? Did Mangudya forgot to explain what will stop Afreximbank (a comparatively small financial institution with limited assets) from succumbing to similar pressures to abandon nostro support to Zimbabwe?

Mangudya`s is saying: we are having cash shortages, the solution is we will borrow from Afreximbank. But mathematically, this does not make much sense at all. Afreximbank`s total assets are valued at US$4.4 billion with shareholders’ equity of US$707 million (2013 figures). Thus, Zimbabwe is borrowing a total of $1.369bn from Afreximbank, which translates to over 31% of the latterâ€™s assets and nearly double the bank’s shareholders’ equity! Yes, double the bank`s equity. Consequently, Zimbabwe`s contribution to this bank will be to do nothing but become a long term debtor.

The problem we have in Third World countries is that we have educated people in government positions whose solutions to problems are not practical and do not do anything at all to help their countries. Such solutions usually lack proper research or stakeholder opinion. Mangudya must have been taught in his first year Economics class at the University of Zimbabwe that foreign capital is a coward. It does not stay long in a country where foreign companies are threatened with seizure at will and where a minister gives deadlines and D-Days for appropriation of foreign owned companies. This is the major problem that needs to be addressed.

The RBZ boss has not come out to dispel rumours that the government is raiding peopleâ€™s bank accounts to finance civil servantsâ€™ salaries and belated 2015 bonuses. This not only damages confidence in the banking sector but might trigger a cash withdrawal stampede leading to the collapse of the financial sector. He has not come out to dispel strong rumours that the current cash crunch is artificial and meant to create space for the introduction of a bond note leading to the Zimbabwe dollar.

The wave of threats and anti-capital utterances from Patrick Zhuwawo in recent weeks – threatening to close foreign owned banks if they fail to comply with indigenisation laws – Â are counter-productive. It caused the run on banks as everyone wants to get their monies out of the banks at the earliest opportunity. Is it not contradictory that on one hand the country needs foreign direct investment while on the other, Patrick is saying to the foreign owned companies: you should surrender 51% of your investment to locals or ship out before April Foolâ€™s Day? The relentless attack on the foreign owned banks which are not compliant with the so-called indigenization laws which Gono fiercely defended â€“ is all this in his picture of things? He has chosen silence instead.

A much bigger problem is that the economy itself is dysfunctional. There is little economic activity and production in the private sector is meagre. In trying to address the problem, we expect Mangudya to come up with long term solutions that are oriented towards making the economy more productive.

On 22 August 2009, Mangudya, then President of the Zimbabwe Bankers’ Association, warned that almost 80% of economic activity was informal. Now, at the very least, this situation hasnâ€™t changed. Does it make sense for Mangudya to blame the cash shortage on peopleâ€™s savings yet these same people are not employed in a productive capacity? Has Mangudya forgotten that, particularly in Zimbabwe, people view banking cash as a cost? Bank balances dwindle due to exorbitant bank charges. What is his solution to this?

People need confidence that their savings are going to be safe before they can deposit huge amounts of cash into banks. Who will keep money in a bank when a local inter-bank transfer charge (non-commercial) is pegged at whooping $10 per transaction? Who will deposit money into a bank that is threatened with expropriation; or when there is a possibility of government raiding bank balances to finance civil servants salaries and bonuses?

What is there for ordinary people who are either paid miserable salaries or are working in the informal sector? The solution to the problem requires are wider look at national economic policies and not Mangudya`s proposed temporary stop gap measures. There is need for Mangudya and his friends in government to come up with more credible economic policies beginning with the restoration of the country`s international credit rating.

The fact that $4bn circulate through Ecocash means that a huge amount of cash is outside the banking sector. Has Mangudya taken this into consideration? With so many millions of Zimbabweans in the diaspora what measures are being put in place to keep the money flowing back, bearing in mind that it is usually the first generation only that remits cash back to Zimbabwe?

Zimbabweans are used to being dictated to. People are watching to see if Mangudya is that governor who will take their opinions before putting his weight. As it is, John appears to have learned nothing and forgotten nothing from his predecessor. He appears to not have watched the 2008 financial crisis movie. If I am wrong, I will eat my stockings!

Victor Tichatonga Mangwana is a researcher based in Tanzania. He can be contacted on: [email protected]