AUSTRALIA: A GOLD COAST circus acrobat who escaped a lengthy jail sentence after infecting his girlfriend with HIV may still be deported to Zimbabwe if convicted of an additional charge. 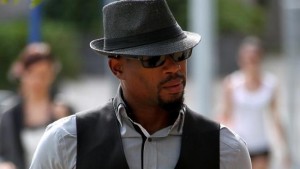 Godfrey Zaburoni, 37, who will be re-sentenced in the Queensland District Court in the coming months on one count of unlawfully causing grievous bodily harm, could have his visa cancelled if he serves just 12 months of a potential 14 years behind bars.

He could be deported under the Migration Act, which states a person sentenced to a term of imprisonment of 12 months or more may not pass a test of good character required to stay in the country.

This comes after the High Court upheld an appeal and found Zaburoni did not intentionally infect his former partner with the virus.

The judges found that although Zaburoni lied about his diagnosis and had unprotected sex with her on multiple occasions, there was â€œno evidence to support the inferenceâ€ he intentionally transmitted the disease.

The judgment referred to evidence given at the 2013 trial that claimed there was a 14 per cent chance Zaburoni would give his partner the disease during the course of their 21-month relationship.

â€œThere was no evidence that (Zaburoni) was aware of the statistical likelihood of the transmission of HIV,â€ it read.

A close friend of Zaburoniâ€™s, who helped him obtain an Australian visa about 16 years ago, told theÂ Gold Coast BulletinÂ her friendâ€™s actions may appear â€œselfishâ€ from the outside, the Zimbabwean did not know of the severity of his disease.

â€œHe was in denial that he had HIV and he did not understand the severity of what he had until he went into a depressive state when the HIV turned to AIDS,â€ Sue Porrett said.

â€œAfter that he was already in too deep, heâ€™d already had the girlfriend.â€

While she said she believed her friend should have been punished for his â€œrelaxedâ€ attitude to having HIV, she did not think his original sentence had matched the crime.

â€œI have mixed feelings about the appeal being upheld.â€

Porrett described her friend as a â€œhappyâ€ man who sent all the money he earned from performing back to Africa.

The Zimbabwean was sentenced to nine-and-a-half years after having unprotected sex with his girlfriend on multiple occasions in 2007 and 2008.

HIV advocacy groups welcomed the High Court decision, with some claiming people who did not intentionally transmit infectious diseases should be dealt with under public health law rather than the criminal system.

Zaburoni pleaded guilty to the grievous bodily harm charge in April 2013, but the prosecution rejected it and the matter went to trial.

He will now be sentenced on that charge, which carries a maximum jail term of 14 years