A ZIMBABWEAN woman was last week arrested in India in an airport drugs bust described as biggest seizure this year. 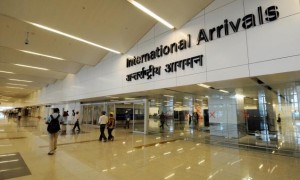 According to Indian media, the as yet unidentified woman was arrested at Delhi airport on Friday last week.

Customs officials seized over two kilograms of cocaine worth Rs 10 crore (about US$1.5m) from the woman who had travelled from Dubai.

The bust came after customs staff received a tip-off about the Zimbabwean national two days earlier, on Wednesday.

The officers detained her and found a cavity built in her shoulder bag, which contained cocaine.

According to the Hindustan Times, officials said this was one of the biggest seizures of the contraband in the city this year.

In 2013, the officials seized around four kilogrammes of cocaine from the cargo terminal.