The MDC would like to express its deepest condolences to the Chitepo family and indeed,to the whole nation of Zimbabwe,on the sad passing on of Amai Victoria Chitepo at her Harare home on Friday, April 8,2016. 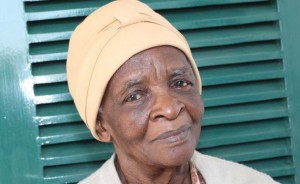 As a party, we would like to salute the exemplary, selfless and heroic contribution that was made by Amai Victoria Chitepo in ensuring that Zimbabwe attained independence from British colonial rule on April 18, 1980. Amai Chitepo belongs to that very rare, heroic and gallant species of national heroines such as the late Ruth Chinamano, the late Sally Mugabe, the late Gogo Mafuyane Nkomo ,the late Julia Zvobgo and living heroines such as Amai Maud Muzenda.These national heroines made an invaluable contribution in ensuring that Zimbabwe becomes a free and independent country after decades of colonial subjugation and exploitation.
Amai Victoria Chitepo was the epitome of fortitude,resilience and humility.After her late husband, Herbert Chitepo, was gruesomely assassinated in Lusaka,Zambia,in 1975, Amai Chitepo never lost her revolutionary zeal and drive to selflessly fight for our independence. She single-handedly raised her young family and managed to instill national pride in all her children.
We salute Amai Chitepo for she was not only a mother to the Chitepo children but she was also a mother to all of us who were inspired by her selfless and humble dedication to the cause for the free,total and genuine emancipation of all oppressed people in Zimbabwe and beyond. As the nation mourns the sad demise of a national heroine and revolutionary icon in the mould of Amai Victoria Chitepo, we shall forever remain grateful for what she taught and imparted to the nation over the years. She taught us love, peace, honesty, integrity, solidarity and tolerance.
May the soul of the late Amai Victoria Chitepo rest in eternal peace.
MDC : EQUAL OPPORTUNITIES FOR ALL
Obert Chaurura Gutu
MDC National Spokesperson
Post published in: Featured