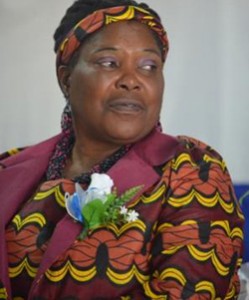 â€œIt is shocking to hear some people saying President Mugabe has overstayed in office, yet some of the people saying that have been in office since 1980,â€ Manicaland provincial minister Mandi Chimene told a youth meeting in Mutare Sunday.

â€œThe same people have also overstayed their welcome and they should be kicked out of the party.â€

Mnangagwa, in government since independence in 1980, is said to lead the Lacoste Zanu PF faction accused of pushing the ouster of Mugabe who turned 92 last month.

The vice president has not pronounced himself on the matter but he ignored, in front of Mugabe, an invitation by a party legislator Sarah Mahoka to publicly denounce the alleged Lacoste faction and renounce any links to it.

Chimene is said to belong to the rival G40 faction, which claims to back Mugabe to remain in power but appears keen see the veteran leaderâ€™s wife, Grace, taking over.

The minister said Mugabe was being poorly served by people he has given mansions and large fleets of vehicles.

â€œIt is funny that those fronting for President Mugabeâ€™s ouster are some of the major beneficiaries of his benevolence,â€ she charged.

â€œSome have a well-known history of losing elections, but assume offices through appointments, but today they are demonising the same person.

â€œSome have a fleet of cars obtained from serving in Government, but they are proving to be ungrateful. Some are staying in mansions because of President Mugabe, but today he is no-longer capable to rule this country. We should be thankful.â€

Chimene also attacked Mnangagwa ally and former war veterans minister Chris Mutsvangwa and wife Monica who were fired from government by Mugabe over the claimed rebellion.

â€œSome of you, both husband and wife were appointed ministers as well as Politburo members by President Mugabe, but you still continue back-stabbing him.

â€œYou should accept the reality on the ground that you were fired from your positions and move on with life,â€ she said.

At a party conference last year, Mugabe accused military and intelligence chiefs of getting involved in the ruling partyâ€™s succession politics and, at a recent rally, admitted that some war veterans want him out of office.

â€œThe war veterans are being directed by the Generals,â€ said a Zanu PF official.

â€œYou should recall that they are, by law, now a reserve army. That explains why they have used military cantonments to hold their meetings.â€

Mugabe has called a meeting this Thursday with the former fighters, daring them to openly speak their minds. Some 10,000 former fighters are expected to attend the meeting.

The Zanu PF leader has vowed to finish his current term which ends in 2018 and insists that, health permitting, he will represent the party in presidential elections due then.