PRESIDENT Robert Mugabe is the least qualified person to advise against tribalism and corruption because his 36-year long rule feeds from the two, critics said Monday after the veteran leader told crowds to shun both graft and bigotry. 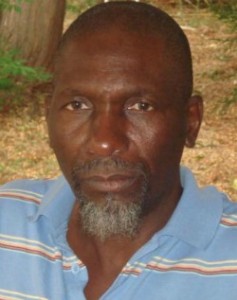 In a speech to mark Zimbabweâ€™s 36 years of independence, Mugabe called on Zimbabweans to observe peace, shun regionalism and maintain tolerance towards one another, inviting strong rebuke from his opponents who accuse him of sheer hypocrisy.

Mugabe urged Zimbabweans to always strive for peace, respect, tolerance and goodwill towards others and also tirelessly work for â€œunity, unity and greater unity and development of our beloved nation…â€

â€œOne of the greatest tributes we can give to Zimbabwe is to shun corruption, to shun tribalism and avoid nepotism,â€ he said.

â€œWe should always remember that we are one people, united by the bond of independence, the independence we are celebrating today.â€

But opponents slammed the veteran leader for preaching what he did not practise.

Mugabe is accused of hounding allies out of his Zanu PF party and condemning critics of his regime into exile.

He has, during his lengthy tenure, allowed his militant followers to kill, maim, rape and burn homes belonging to political opponents when his rule had been under threat.

His regimeâ€™s biggest transgression on citizens remains the early 1980s massacre of an estimated 20 000 civilians in the Matebeleland and Midlands provinces for allegedly harbouring armed insurgents.

Riding on that, opponents say Mugabe was bluffing.

â€œHe may pontificate as much as he wants but no sane people will take him seriously,â€ said Moyo.

The former state enterprises minister said Mugabeâ€™s divisive politics was so entrenched that it was going to take years for Zimbabwe to free itself from his influence.

â€œIt will take even more years for Zimbabwe to get rid itself of Sekuru Mugabeâ€™s ghost,â€ Moyo said.

â€œThe outcome of the 1980 elections left the country divided into two regions namely Matebeleland and Mashonaland (which voted him into power).

â€œAll these years he has led a regional Zanu PF party and has not hidden his ethnic disdain for the people of Matebeleland, discriminating them on regional lines and going to the extent of committing genocide in the name of ethnic hatred in pursuance of a Shona hegemonic agenda called Gukurahundi which he is implementing to this day.”

Ndlovu continued: “He (Mugabe) arrogantly continues to pour scorn on the people of Matebeleland by saying they are not educated. That is unmasked, naked regionalism. Which regionalism is he suggesting people must shun? This cannot be inclusive of Matebeleland.

â€œFor 36 long years Mugabe has led a government that has relentlessly ensured life opportunities are distributed on nepotic, tribal and regional basis, starting with the position he currently holds which people of Matebeleland “should never” aspire to hold. Which nepotism is he referring to?

Mugabe should simply stop grandstanding and pretending these ills have not been the hallmark of his rule.

â€œThis is double standards; he cannot discourage people from practising these evils without himself telling us he has since repented.

â€œThis statement is a brazen insult to the intelligence of the Zimbabwean people and only bootlickers can believe him.â€

In 1981 Mugabe told a Thames Valley TV journalist that the people of Matebeleland needed to be “reoriented”. In 2001 he urged his supporters to “strike fear into the heart of the white man, our real enemy”.

Ahead of the 1980 elections which brought him into power, Mugabe publicly expressed his displeasure with his opponent, Joshua Nkomo, campaigning in Mashonaland and Manicaland provinces, insisting the Zapu leader had better solicit for votes in â€œhis countryâ€ (Matebeleland). Mugabe said Nkomo had no business in â€œmy countryâ€ (Mashonaland). These comments are contained in David Smith and Colin Simpsonâ€™s book (1981) titled Mugabe.

On graft, Moyo insisted Mugabe and cronies were so corrupt that they could only be compared to former Nigerian military ruler Sani Abacha and Mobutu Sese Seko of the former Zaire whose corruption was still being felt to this date by their countries.

â€œFrankly, he has had a lot of corruption in his government but has not acted.

â€œHe says one thing in public and then does the opposite in private. There is no respite for the people of Zimbabwe.”

As recent as eight weeks ago, Mugabe told ZTV that as much as $15 billion from the Marange diamonds sales was unaccounted for. Moreover, many of his ministers including home affairs minister, Ignatius Chombo, have been named in many scandals and yet they remain part of his inner circle.

â€œMugabeâ€™s rule has always been sustained by blackmail which rests on corruption. You cannot be useful to Mugabe if you are blameless. You are useful to him only in as far as he is able to blackmail you, which means you must be corrupt,â€ said a UK-based lawyer.