NetOne, the State-owned mobile telecoms operator was prejudiced of $78 million in a deal signed with Huawei for a telecoms infrastructure upgrade project which was enabled by the $218 million facility extended by the Chinese government. 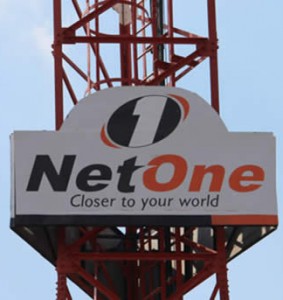 These details emerged when questions on the ongoing probe on NetOne were raised by the Parliamentary Portfolio Committee on ICT. The Committee sought clarification from the Minister of ICT, Supa Mandiwanzira, whose name has been linked to some of the allegations of corruption in some media reports.

Part of Megawattâ€™s role in this engagement also included renegotiatingÂ the terms of the agreement with Huawei as a way of recovering whatever amount the government and NetOne had been prejudiced of.

According to Mandiwanzira, MegaWattâ€™s findings showed that the most that Huawei should have been paid was $140 million instead of the $218 million that NetOne ended up signing off on. MegaWatt managed to renegotiate the terms and recovered $30 million from this. Mandiwanzira said,

After doing this extensive investigation they (MegaWatt) came back with a report that said the amount of $218 million that you(Zimbabwe) paid, you actually should have paid $120 million worst case scenario you should have paid $140 million and not $218 million. Therefore, there is sufficient room for you to go and renegotiate the price of this, despite there being Â contracts already signed and sealed.

You can listen to Supa Mandiwanziraâ€™s statement by following the link below
https://soundcloud.com/techzim-1/netone-scandals-minister-mandiwanzira-responds-to-questions-from-parliament

While this statement is the first of its kind to officially point a finger at Huawei for prejudicing a Zimbabwean project, it is not the first time that allegations of overcharging have been brought up regarding a national telecoms project.

TelOne, another state-owned operator that has receivedÂ a $98 million loan facility from the Chinese government also engaged Huawei as its infrastructure partner. ThisÂ deal raised concerns around overcharging, with some sources quoted in the media claiming that the operator was being overcharged by as much as 30%.

The NetOne deal is the only one that has been specifically outlined as a case of overcharging. However,whatâ€™s a matter of concern is how Huawei is also engaged in other multimillion dollar projects like TelOneâ€™s fibre rollout plan and the national Digital Migration exercise.

The firm has earned its place as a leader in telecoms projects across Africa and the rest of the world, but any chance of Zimbabwe being exposed to multi-million dollar overpricing kicks up a lot of questions.

Is Zimbabwe also being overcharged here?Â Is it a case of poor negotiation skills from Zimbabwean principals or should the concerns of corruption around these deals that have been raised be taken seriously? Was it just the NetOne management that failed to handle a multi-million dollarÂ project?

Unfortunately, the answers arenâ€™t so easy to get straight away and are instead replaced by a cloud of suspicion.