Hereâ€™s an interesting observation taken from the website of The Herald, the government-controlled daily in Zimbabwe, on a New Age game of numbers. 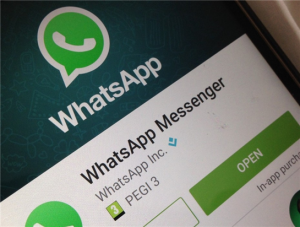 The High Court ruled it is a privacy matter and thus against the law to pry into someone elseâ€™s mobile phone without their express permission. This came out in a murder trial in which a woman fatally stabbed her husband for refusing to l

et her see his SMS, Whatsapp and email messages, as well as the photos and phone book, stored in his handset.

Before breakfast on the day it appeared, the story got 17,490 hits on the Heraldâ€™s site. The next most popular stories were one on a corruption scandal at the state telephone company, with about 10,000 hits, and another on the political sword fights going on in Mr Mugabeâ€™s ruling party â€“ just over 5,000 hits, the site obligingly revealing the tally of hits.

It shows there was much more interest that day in the privacy of extra-marital secrets than corruption and politics combined in this traditionally polygamous society where jealousy and crimes of passion reside side by side.

It wasnâ€™t the first case of violence concerning a phone, or will it be the last, but it was the first court ruling of its kind. The knife-slashing woman went to jail for 10 years.

In another non-fatal but most injurious case of grievous bodily harm, a boiling kettle was poured into the trousers of a man who refused to hand over his phone.

Then one Mr X tells how he sent a message to his mistress â€“ his â€˜small house,â€™ the local term â€“ but itÂ immediatelyÂ beeped on his wifeâ€™s phone on the coffee table when she was in the kitchen fixing a meal. He had fired off the message to the wrong phone, didnâ€™t know his wifeâ€™s security code to get in and erase it and so he took up phone and threw it into the toilet. He told her that her phone beeped, he thought it might be important and put it under his arm, from where it dropped, as he went to the lavatory on his way to the kitchen.

Mr Y had one of those fancy phones where a thumb print on the screen is needed to open it. Mrs Y waited until he was in a deep alcohol-induced slumber and pressed his thumb to the screen. And there it all was. Incriminating selfies and messages. The marriage never recovered.

Such are the hazards of the New Age.