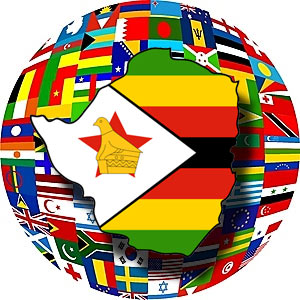 As reported in the Zimbabwe Independent of March 18, the churches said, â€œThe current socio-political and economic crisis can only be resolved through the swift implementation of key features of the 2013 constitution which provide for, among other things, the setting up of essential constitutional commissions such as the National Peace and Reconciliation Commission, and to effectively resource the National Human Rights Commission.â€

In addition, the Heads of Denominations called upon government to expedite the process of repaying its debts in order to be able to access fresh lines of credit which are crucial for economic recovery.

We, the Christian Prophetic Voice Zimbabwe, read with much concern these efforts in trying to resolve the crisis in Zimbabwe by our brothers and sisters, comprising the Heads of Denominations. First of all we question the correctness of the title of their communiquÃ© which implies that Christians are working and praying for â€œthe Zimbabwe we wantâ€. This is against what our Lord taught us. He taught us to pray saying, â€œThy will be done on earth as it is in heaven.â€ As He hung on the cross of Calvary as a suffering human being, he did not ask for his own will to be done. He said, â€œNot my will, but Thy will be done.â€

Zimbabwe is in crisis today because Christian leaders have been praying and working for a Zimbabwe which they, themselves want, and not what God wants. Until Zimbabwe truly repents and starts to ask for Godâ€™s will to be done in Zimbabwe things will continue to get worse.

The communiquÃ© itself leaves much to be desired. In Shona we say, â€œkurova ibgwa vakaviga mupiniâ€- beating a dog while hiding the stick. It will not learn anything. In English they say, â€œSpare the rod and spoil the child.â€

As Christians Godâ€™s weapon for our correction and the countryâ€™s correction is the Bible. Unfortunately in their communiquÃ© the Heads of Denominations hid the Bible and instead issued politically correct platitudes which were designed not to ruffle the feathers of those sinners in government who have brought our country to its knees by their greed and violence. Instead of speaking about constitutional commissions and paying foreign debts like some civil society NGO the Heads of Denominations should fearlessly thunder out the truth from the Word of God against greed and corruption; naming names as the prophets of old did.

The work of our Church leaders, in a time like this, is clearly spelt out for them; â€œDefend the cause of the weak and fatherless; uphold the rights of the poor and oppressed. Rescue the weak and needy; deliver them from the hand of the wicked.â€ Psalm 82: 3-4. Instead of doing this, our church leaders have become corroborators with the oppressor and perpetrators of evil for worldly favours even at this time when the political upheavals in our country today point to one thing â€“ the imminence of civil war.

Kairos is a Greek word used in the Bible meaning opportunity for repentance and a change of heart; for change and for decisive action with the oppressed in a time of crisis or at the moment of truth. We need to revisit it for it has relevance for the Zimbabwe situation today.

In its conclusion the Kairos Document says, â€œThe Church of Jesus Christ is not called to be a bastion of caution and moderation. The Church should challenge, inspire and motivate people. It has a message of the cross that inspires us to make sacrifices for justice and liberation. It has a message of hope that challenges us to wake up and to act with hope and confidence. The Church must preach this message not only in words and sermons and statements but also through its actions, programs, campaigns and divine services.â€

As Christian Prophetic Voice Zimbabwe, we believe that the nature of the true Gospel of Jesus Christ was indeed a proclamation of freedom, equality, equity and justice for all of Godâ€™s people. Without a doubt, this Gospel can be dangerous for the physical bodies of those who may choose to proclaim it as seen in the fearful reaction of the authorities in First Century Palestine who crucified Jesus Christ because they could not withstand the severity of His indictment against the laws and structures they had intricately constructed over centuries, to sustain their comforts through the suffering of Godâ€™s people. Â We believe that Zimbabwe today is in dire need of leadership, especially a leadership that understands the true nature of the Gospel of Jesus Christ.