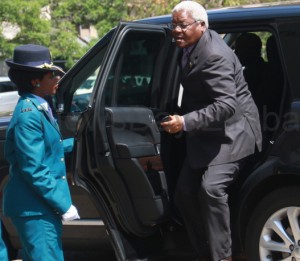 Appearing before a parliamentary committee on transport and infrastructure development on Monday, Deven Engineering managing director, Patrick Munyaradzi who was speaking on behalf of the motor industry said government departments were ignoring a 2011 directive compellingÂ them to procure vehicles locally.

In 2011 government directed that all ministries, parastatals and public institutions purchase at least 80 percent of their vehicles from local assemblers.

â€œThere is a government directive for purchasing from local dealers but we have not yet benefited from that, if we have its very little,â€ he said.

â€œLet us make sure the directive is adhered to and build capacity from there.â€

Two other manufacturers, Quest Motors and AVM Africa were present in the hearing.

In January this year, the local government ministry placed an order for 680 vehicles and spare parts worth $50 millionÂ with Indian car manufacturer Ashok Leyland.

The order follows one of the same value placed by the tourism ministry with the same car manufacturer in May 2014 which was said to be a suppliersâ€™ credit facility financed by Indiaâ€™s Export Import Bank and payable over a period of up to 20 years.

Munyaradzi also made an appeal for an increase in duty levied on imports of buses and trucks to protect the ailing local industry.

He said the revival of the countryâ€™s steel industry would go a long way to help revive the sector which now depends on importing all material used in the manufacturing process.