It was refreshing to witness her Majesty Queen Elizabeth II, celebrate her 90th birthday today. It is uplifting to see all members of society join to embrace such a joyful moment. Despite Queen Elizabeth turning a staggering 90 years today, it is very encouraging to see her continuing to blossom with age and able to walk around the country on her own without aid. 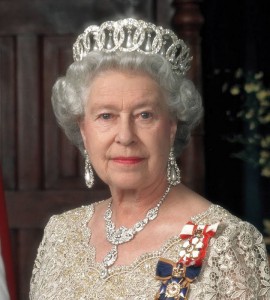 Barack Obama and Michelle Obama also celebrated with her Majesty and this is encouraging to the people as it shows that she is valued worldwide as well as the UK. This is almost the opposite feeling the people of Zimbabwe feel each year Robert Mugabe lives on celebrate another year. It is devastating the for the people who live in a country full of famine and 90% unemployment rate, and have to witness the president spend thousands of dollars on his birthday each year.

It is almost certain that Robert Mugabe will never be accepted by his people the same way Queen Elizabeth was today by the British community. I am certain that Queen Elizabeth II will continue to celebrate many more years with her people of the United Kingdom and countless other people who love her worldwide.

Â Thank you in advance.

Yours reader and contributor