UK premier David Cameron has been accused of overseeing â€œspiv (a well-dressed petty criminal) Robert Mugabe anticsâ€ to win the EU referendum by a Tory MP in a remarkable attack over pro-EU leaflets being sent to all voters. 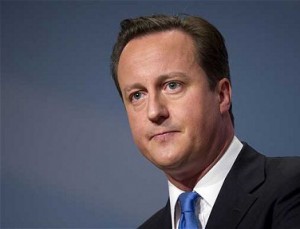 Nigel Evans, a former Tory vice-chairman, compared the governmentâ€™s attempts to keep Britain in the EU to the Zimbabwean dictatorâ€™s efforts to cling onto power.

It triggered a reprimand from David Lidington, the Europe minister, who said making comparisons to campaigns that have seen â€œmurder, maiming and intimidationâ€ of voters was not the MPâ€™s â€œfinest hourâ€.

The heated exchange marked a new low for â€˜blue-on-blueâ€™ attacks over Europe and will increase fears the partyâ€™s civil war will intensify as voting day approaches.

It came as MPs gathered in Parliament for the first time since the government revealed it would be sending out a pro-EU leaflet to some 27 million households outlining the â€œfactsâ€ of the debate.

The 16-page brochure has been justified by Cameron as explaining the governmentâ€™s decision to back staying in the EU.

However, the use of Â£9.3 million (US$13.2) of taxpayers’ money to issue a leaflet which details messages similar to those of the In campaign has triggered fury from those backing Brexit.

Nigel Evans, a former Tory vice-chairman who spends time observing elections around the world, produced the most vicious attack of the debate.

He said: â€œIf I witnessed in any of the countries that I go to, the sort of spiv Robert Mugabe antics that Iâ€™ve seen by this government then I would condemn the conduct of that election as being not fair.â€

Europe minister Lidington responded: â€œI think that when my Right Honourable friend reflects on what heâ€™s just said and that the election campaigns in Zimbabwe in the recent past have involved the murder, maiming and intimidation of voters he might recognise that what heâ€™s just said was not his finest moment in the House.â€

Earlier in the debate a string of Tory backbenchers widened out their criticism over the issue to call Â into question the honesty of the government.

Liam Fox, the former defence secretary who served under Cameron, dubbed the leaflet a â€œdodgy dossierâ€ and said that it contained not facts butÂ â€œopinions, assertion and suppositionsâ€.

He warned it â€œbetrayed any sense of fairness in the process in the referendumâ€ and accused the government of having â€œabdicated its responsibility to tell the truthâ€.

Crispin Blunt, a former Tory whip, said that the leaflet would do â€œdamage to the governmentâ€™s reputation for straight-dealing on this issueâ€ and would backfire.

John Redwood, the former Welsh Secretary, called the pro-EU material an â€œabuse of public moneyâ€ and an â€œinsult to the electorateâ€ that will inadvertently encourage people to vote to leave the EU.

Other Tory MPs dubbed the leaflet a â€œcrassâ€ and â€œdeeply unfairâ€ piece of campaign material that should be treated by voters with a â€œheavy health warningâ€.

However pro-EU Conservatives returned jibes over the ferocity of interventions from their colleagues who are calling for Brexit.

Sir Nicholas Soames, the Tory MP and grandson of Sir Winston Churchill, said that â€œoutside this incestuous hothouse of the Palace of Westminsterâ€ voters understood the government should tell people where it stands.

He added that “almost all grown-up sane opinion would want to know what the governmentâ€™s position isâ€ on the EU referendum.

Ken Clarke, the pro-EU former chancellor, said it was an â€œabsurdityâ€ to criticise the government over the leaflet and accused Tory Eurosceptics as seeing the referendum as â€œsome sporting japeâ€.

Lidington said that research suggested most voters wanted to know where the government stood on the question of Britainâ€™s membership of the EU.

He also dismissed claims over the cost to the taxpayer of the leaflet by saying it worked out at just 34p per household and noted the Out campaign will also be given a free mailshot.