OUR collective economic crisis needs no introduction. The impact of our constrained economy, in particular, our nationâ€™s dependency on donor aid, is evident in the scars of our pavements. The goal of this piece is not to rehash the stories of golden days that may or may not have been golden. Instead, I seek to explain why Zimbabwe is struggling to lift itself out of poverty when the mass exodus of at least four million Zimbabweans to the diaspora, in the last decade has resulted in a much-needed increase in revenue from foreign currency. 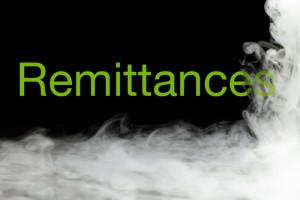 My research and that of others has found that 80% of Zimbabweans in the diaspora send money home on monthly bases. The same studies found that the amount remitted ranged from $100 to over $1,000. Between 2000 and 2006 Zimbabwe received an average of $300 million remittances per year. Â Since 2006 the average revenue from remittances has increased to an estimated US$1.3 billion. A recent report by the RBZ indicated that remittances surpassed Foreign Direct Investment, revenue from agriculture production and donor funds from international agencies. However, remittances have not resulted in sustained economic development both at the national and individual levels.

I argue in this essay that remittances have failed to contribute to economic growth in part because recipients have largely treated remittances, the money sent by family and friends in the diaspora to families in Zimbabwe, like lottery winnings. Simply put, the argument I make is that the low cost of receiving hundreds of dollars instantly via western union, MoneyGram, mukuru.com or the quick cash transfers reduces the likelihood of long-term capital investment of remittances. Family members receiving remittances, whether regularly or intermittently, have very little incentive to engage in investment projects because of the constant nature of remittance cash flow.

The table above shows the average monthly remitting behavior of Zimbabweans in South Africa, the United States and the United Kingdom between 2008 and 2013. These personal reports of sending behavior are substantiated by data from the World Bank, the Zimbabwean government and other agencies that track and report on patterns of global cash flow.

According to the International Fund for Agriculture, in 2008 when the Zimbabwean economy was at its worst the diaspora remitted nearly US$361 million and that number doubled in 2009. By 2012 diaspora remittances made up to 40 percent of the local GDP, reaching almost US$1.4 billion (Makina, 2012). The receipt of remittances sustained the staggering economy allowing those who remained at home to continue purchasing local goods and services.

Most families, urban and rural alike, depended heavily on remittance support to purchase everyday basic commodities (Bracking & Sachikonye, 2006). Sachikonye et al (2006) found that one in three families in both rural and urban areas were receiving some sort of financial support from a family member in the diaspora. Most families credit the receipt of remittances for their survival in the last decade.

Among those in the diaspora interviewed for this study, only 5 percent said they did not directly support anyone at home, 38 percent said they supported less than five dependents at home and an overwhelming 56 percent support more than five dependents. The majority of those interviewed were living with their immediate family in the diaspora but they still had significant responsibilities at home including paying tuition for extended family.

Understanding the profile of the Zimbabwean migrant

Remittances are the money that families living abroad send to their family members in the home country. The UN estimates that at least one in three people, or 30% of the global population live outside their country of birth. In Zimbabwe, we estimate that at least 4 million of us are living abroad; the majorities are in South Africa and the United Kingdom.

The majority of Zimbabwean emigrants are young and generally under the age of 45, 80 percent of the migrants interviewed for this project were between the ages of 21 and 40; over 70 percent were urbanites, having emigrated from Harare (57 percent) and Bulawayo (20 percent); 50 percent of the respondents were male; and 60 percent were highly educated, with at least 20 percent holding a degree beyond the first bachelorâ€™s degree. Zimbabweans in the diaspora have also improved on their education status. While most left Zimbabwe with just a high school degree or tertiary training, to date the majority of Zimbabweans in the diaspora have gained a bachelorâ€™s degree or graduate professional training.

The diaspora has diverse professional experience although most work within varieties of the health industry. Interestingly, while the majority of migrants have gained formal employment, most continue to work two or three jobs for an average of 80-hour work-weeks. This is consistent across different income groups, from those earning six figure salaries to those living below poverty line.

I interviewed a young male, with a lucrative job in the financial sector in the United States and he had this to say about his working hours, â€œI leave the office around six or eight in the evening daily, and work at least an additional 4 hours when I get home on part time jobsâ€. I have also spoken to many others who have the same experiences; a nurse working an additional 3 or four shifts per week, a nanny who never takes time off and instead picks up extra work on her off days.

The diaspora working patterns are not consistent with those of their peers who are natives of their adopted countries. They often work almost double the average working hours of their peers and live lifestyles that are not representative of their earnings. The majority of Zimbabweans living abroad send a substantial portion of their incomes to family back home.

Why do they send money back home?

Migrants send money to support family members with daily regular expenses for food, rent, tuition and medical expenses. Indeed, the majority of those who receive money at home report that they use remittances for everyday consumption. There is research evidence that shows that remittances keep families out of poverty. This is good. This is also important because over the last decade high rates of unemployment and underemployment pushed many families into poverty.

In addition to sending money for everyday expenses, migrants also report that they remit money specifically for business initiatives. The average migrant is interested in not only keeping their families out of poverty but also providing them with investment capital for entrepreneurial projects. It is my belief that if remittances were not treated like lottery funds and thus abused, the Zimbabwean economic situation would be greatly improved by capital investments from the diaspora.

There are many anecdotes of family members who remit money for housing building projects only to return home and learn that a house was never built. In fact, many people would receive fake pictures of building projects and continue remitting money to their immediate or extended families in Zimbabwe under the belief that should they return home they would have property investments. Nearly every migrant I have spoken to over the years for this research project or others has shared a story of sending money home to support a relative who wanted to start a business only to be disappointed when the project does not materialize.

In the absence of formal employment, the majority of Zimbabweans have created jobs for themselves in the informal market. An interesting observation is that individuals who start successful businesses are less likely to have received funding or support from family members living abroad. I interviewed a woman who started a small poultry project with less than $300 and that has over the years grown substantially such that she now supplies multiple grocery stores with chicken. The interesting fact about this woman is that she borrowed her start-up capital from a neighbour whose daughter is living in the UK and remits an average of $300 a month to her mother.

Why couldnâ€™t the mother whose daughter is abroad start her own poultry project? Part of the reason is that she doesnâ€™t have to. For as long as her daughter in the United Kingdom continues to constantly send remittances, the receiving mother has very little incentive to engage in an income generating project. It is pure rational human behaviour. Rational actors are unlikely to invest energy if they can get the same economic benefits without engaging in labor-intensive work.

The story of this mother is not unique. It is not uncommon to find that households with a family member in the diaspora will depend solely on income from remittances for all their economic needs. In some households, even those with working-age adults, it is also common to find that no one in the household is employed or seeking employment. It is a fact that formal unemployment rate is over 90% in Zimbabwe and therefore formal employment is difficult to come by.

However, from numerous interviews with parents supporting adult children in Zimbabwe we observing a new trend wherein members of remittance-receiving households are less likely to look for employment or work in the informal sector. As a result, remittances become purely for consumption even in cases when remittances have been earmarked for investment projects.

If this trend continues, remittances are unlikely to lead to substantial economic growth in Zimbabwe. The abuse of remittances will have long-term negative effects on economic growth in Zimbabwe. We are already observing that most recent high-school graduates whose parents are living and working abroad are not interested in working or furthering their studies. This is a national problem for Zimbabwe because while revenues from the diaspora have increased and the government has put in place strategies to capture remittances income, remittance flow could also start to decline.

Migrants in South Africa are already finding it difficult to support themselves and remit money to their families back home. The same is true for migrants in the United Kingdom and the United States. Constant changes in immigration laws in those countries combined with the global economic crisis are already negatively impacting the remitting behavior of migrants.

A note about the Author

Dr. Chipo Dendere is a Professor of Political Science, she teaches courses on Comparative Politics, African Politics, Democratization and methodology. She was born and raised in Zimbabwe and received her early and high school education at Waddilove High School in Marondera.

She pursued her undergraduate and doctoral studies in the United States. Her research interests are democratisation in Africa and Migration. You can contact her via email at [email protected]Â