TWO Zanu PF Masvingo legislators have hit out at provincial affairs minister, Shuvai Mahofa, describing her as a â€œgreedy leaderâ€ looting food aid meant for starving villagers in the province. 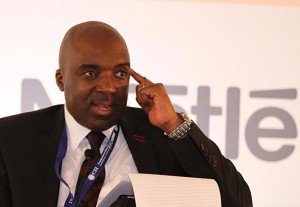 Gutu South legislator, Paul Chimedza, and his counterpart in Gutu East, Tongai Muzenda, last week told the media that Mahofa was negatively interfering in the day-to-day running of constituencies in the province.

The scathing attack on Mahofa comes after the two MPs were allegedly barred from collecting their constituenciesâ€™ share of some 1,169 tonnes of maize handed over to government by sugar milling giant, Tongaat Hullet.

Tongaat grew the irrigated winter maize a few months ago as part of its corporate social responsibility programme in a bid to help alleviate the impact of drought in Masvingo.

â€œShe is punishing the people of Gutu,” Chimedza told the media.

Muzenda weighed in and accused Mahofa of trying to loot the maize at the expensive of starving villagers.

â€œI know she is trying to loot this maize; Why should she try to confiscate a donation and decide who gets and who does not?

Repeated efforts to get a comment from Mahofa were fruitless as she was constantly said to be out of office.