Zimbabwe Peace Project (ZPP) condemns in the strongest terms possible, the formation of a shadowy terror group being dubbed â€œAl Shabaabâ€ in Midlands and the subsequent violence it meted out on fellow Zanu-PF members in Kwekwe at the weekend. 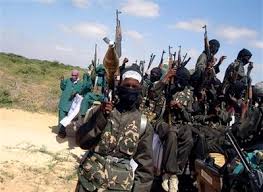 The violent youth group, which in recent weeks has been operating openly in the province, is understood to have attacked fellow members of the ruling party. The attacked members had gone to Harare to participate in an airport welcome for President Robert Mugabe, and Al Shabaab accused them of â€œselling outâ€ the province. This obviously demonstrates differing opinions and varying allegiances.

ZPP is concerned that terror elements elsewhere on the continent and in the world at large (in this case the East Africa-originated Al Shabaab) are allowed to be emulated, and violence unleashed at the altar of factional fights and in the name of political expediency for real or imagined factional leaders.

ZPP urges known and unknown leaders of factions within the ruling party at cell, district, provincial and indeed at national level to desist from using and fanning violence to address their differences; and to find ways to resolve their conflict peacefully and find each other as fellow party members, and indeed as compatriots.

Where are the leaders when such violence is meted out? May leaders demonstrate their commitment to peace in deeds and in instruction. May leaders also desist from using speech which fans violence and hate across the factional/political divides.

Most importantly ZPP implores Zanu-PF party leadership to rein in internecine factional fights, which have gone on for far too long with increasing social cost.

Additionally, ZPP also calls on the youths not to allow themselves to be used in factional fights but to be aware that the violent road ultimately leads to nowhere but regret.