Posting on his Facebook page Wednesday, Chivayo said, at the appropriate time, he will invite the media to the commissioning of the countryâ€™s first 100 MW solar farm in Gwanda, Matabeleland South.

Mocking the media, Chivhayo said: â€œAs most of you have no cars, be rest assured as a sign of sympathy I’ll be very generous enough to hire you a lorry to ensure you all witness this historic launch of a project that was my brainchild. 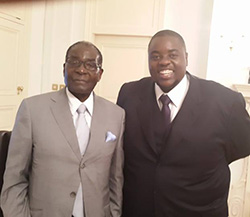 â€œFor the record, it must be noted that me and my reputable partners will continue participating in all public tenders in and out of Zimbabwe we feel fall in our line of expertise.

â€œWherever we are compliant and are the lowest priced bidder to specification. I am very sorry to say we will be awarded more tenders again.”

Unapologetic, Chivhayo said contrary to reports, the contracts he signed with ZPC were irrevocable.

â€œBe that as it may, I will not give in to any pressure whatsoever from vindictive newspapers during or after implementation of the project,â€ he said. 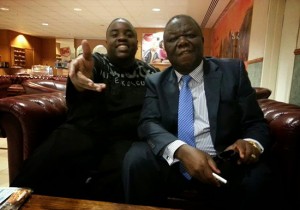 â€œI’m happy to note they’ve accepted the projects are irrevocable and irreversible hence the reason they’ve shifted their focus and are now trying to dwell on the project implementation.

â€œOnly and until you participate in a tender will you appreciate that the highest decision making board where government Procurement is concerned the SPB (State Procurement Board) comprises of level-headed, incorruptible members with unquestionable integrity.â€

Commenting on the $5 million his company paid by ZPC before they started any work Chivhayo said it took him â€œthree years to win these tendersâ€, adding there was nothing irregular about the fee.

â€œWith regards to this project, the contractor and the employer are both well aware of their contractual obligations and know how to seek remedy should any misunderstanding arise.

â€œAt this level of business, which is clearly way beyond your imagination, there’s absolutely nothing surprising or unusual about a small payment of $5 million dollars where there is a signed EPC contract to the tune of $173 million dollars.

â€œWho in their right and sane mind without any disrespect would honestly be surprisingly so stupid to focus on peanuts leaving the bigger cake.â€