As the Zimbabwean government seeks to further muzzle the media, including social media, in its fruitless efforts to stifle public dissent, it never ceases to baffle me as how those in power think this will help their cause. 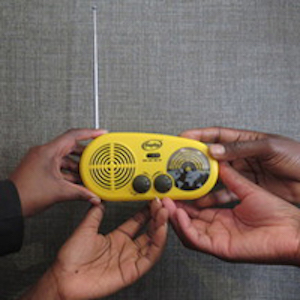 The ZANU PF government needs to urgently wake up and realise that the people are genuinely angry at them, and the sooner they addressed the people’s concerns the better, as no amount of gagging will stop them from expressing their frustrations and anger.

In fact, I fear the worst, Â as most times, it is better to allow someone to express their anger freely, as pent-up anger sooner or later blows up into something more unenviable – usually in the form of violence.

The people are genuinely angry, and they have every right to be.

This issue goes beyond mere poverty, but its about economic oppression that the people of Zimbabwe have been subjected to for far too long.

It is one thing to be poor, but it is a completely different thing to be economically oppressed – that is why the people are angry.

Why I distinguish poverty from the situation Zimbabweans find themselves in is simple.

In Zimbabwe there is no poverty as such, but economic apartheid.

I clearly remember in 2007 when my family was really struggling – like most Zimbabweans – as there was no food in the shops and we had no money.

Who can ever forget those years?

Fortunately, it was the rainy season, so we would walk for kilometres in the nearby forest in search of mushrooms, which – praise Jehovah God – we always found.

Despite the lack in our home, we were very united and joyous as a family.

This was because we understood that all of us in the family were going through the same ordeal, and as such, that united us and we stood together despite all odds.

However, imagine if I had been busy merry-making, and buying my friends food and drink, whilst my family at home had nothing to eat, drink, and wear.

Would we have been so united and joyous as a family, or would there have been strife, anger, and unending fights?

I would have been subjecting my family to economic oppression – and that is exactly what is happening in Zimbabwe.

The people of this country are greatly suffering.

If the yarn about sanctions being responsible for this suffering had been true, all of us – including those in power – would have been suffering as well.

Economic sanctions are supposed to cripple an entire economy, such that there would be no money for anything and anyone, not even for those in power.

We would all be suffering together.

If that had been the case, then – like my family – we would have been united as a country.

No one would have been angry at the government – as we would been in it together.

That would have been poverty.

However, the Zimbabwean story is very different.

The only ones who are suffering in this country are the ordinary people, whilst those in power lavish themselves with overseas holidays and shopping, get the best medical care in upmarket overseas hospitals, and build themselves luxurious mansions – that leave Queen Elizabeth’s II envious – and buy up nearly every building in some towns.

When those in local authorities buy themselves cars, sleep in hotels at trade fairs, and build themselves posh houses, whilst the residents of those towns go without water, and their babies drowning in shallow wells.

Yet they do this at the ordinary citizen’s expense, as this is all through taxpayers’ money and the plundering of the nation’s resources.

Robbing the already poor, in order to finance their lavish lifestyles – and leaving the poor even poorer.

In fact, even if it had been true that Zimbabwe was under economic sanctions, there would not have been such suffering.

Iran had endured economic sanctions for years Â imposed by the United Nations (UN), United States (US), European Union (EU), and other Western countries for its nuclear programme – until only a few months back when they signed the historic nuclear deal with the so-called P5+1.

However, Iran remained the second largest economy in that region.

What the people of Zimbabwe are being subjected to is purely economic oppression.

Are the ordinary citizens of this country not justified to be angry?

Are they not justified in writing the things they are expressing on social media platforms?

Am I not justified in writing these articles as a result of the injustices inflicted upon the people of Zimbabwe?

Who should be punished here – the people who are justifiably expressing their frustrations and anger at the oppression they are being daily subjected to, or those in power who are plundering the country’s resources and taking the poor’s taxpayers’ money for their own gallivanting?

Certainly, those in the wrong are the oppressors.

If the ZANU PF government continues on this path of oppression – which I truly believe they will, as these people are beyond salvaging – then the people will only get angrier and more vocal by the day.

As such, muzzling of the media will never be the answer.

The ZANU PF government may choose to see no evil, and hear no evil – but they certainly say a lot of evil – however, like the ostrich that is said to bury its head in the sand in front of oncoming danger, this government is only nesting a time-bomb.

Muzzling the genuine feelings of the people will sooner or later blow up in the government’s face.

The people’s needs have to be addressed as a matter of urgency.

That is the only solution.

Zimbabweans are not an inherently angry and spiteful lot – far from it – but they are fed up with this economic oppression and they desperately need respite – and the sooner ZANU PF figures that out, the better.