Heal Zimbabwe welcomes the call made by the Minister responsible for National Healing, peace and reconciliation, Vice President Phekezela Mphoko to address past human rights violations through dialogue, truth telling and forgiveness for national healing to succeed. VP Mphoko noted that this would address the root cause of physical, emotional and traumatic experiences and mend broken relations. VP Mphoko said this while presenting a topic at the National Defence College on National Healing, Peace and Reconciliation. 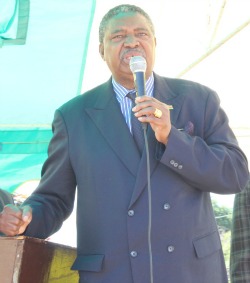 In his presentation, VP Mphoko said, â€œMatters of the need to reconcile people and bring about national healing have remained partially addressed or not addressed for a very long time leading to carryover of conflicts. These conflicts have affected the lives of everyone as they have been carried forward from one generation to the otherâ€, he said.

Heal Zimbabwe commends this significant step as being in the right direction at the level of political will to push an important national process.Â  However, Heal Zimbabwe posits that the call for dialogue should be followed by sincere actions through expeditiously setting up of the National Peace and Reconciliation Commission (NPRC). This independent commission is under the VPâ€™s authority and is mandated to develop and implement programmes to promote national healing, unity and cohesion in Zimbabwe and the peaceful resolution of disputes.

The call by VP Mphoko come at a time whenÂ  his officeÂ  has withdrawn the National Peace and Reconciliation bill from Parliament indicating that the Ministry found it fit to consider the adverse report by the Parliamentary Legal Committee. Withdrawing the Bill is also commendable. However,VP Mphoko should show his commitment to the process by tabling before parliament a replacement NPRC Bill at the soonest possible time.