COLLEAGUES who work with the mother of Sheffield murder victim, Leigh-Anne Mahachi, are urging people to donate money to help the family at this â€˜awful timeâ€™. 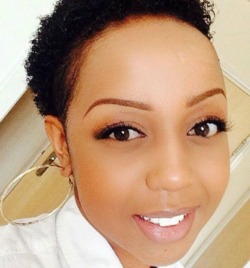 Staff at Scarsdale Grange Nursing Home, in Woodseats, have launched an appeal to raise money for Leigh-Annâ€™s mum Cecilia, who is too grief-stricken to work.

As Cecilia does not receive sick pay, her colleagues are urging people to donate to help her family through the ordeal.

The appeal, which has been launched by care assistant Emily Burns and manager Babs Dixon, aims to raise enough cash to support the family while Cecilia is off sick.

Emily, of Jordanthorpe, said: â€œCecilia has quite understandably gone off sick with everything that has happened.

â€œAs she doesnâ€™t get any sick pay, she might start struggling financially.

â€œConsidering everything she has been through, and continues to go through, the last thing we want is for her to have money worries.

â€œIf the people of Sheffield could spare even a few pounds, it will make such a huge difference at this awful time.â€

Emily added: â€œNo parent should ever have to go through what she has, itâ€™s just terrible.

â€œWe are trying to offer as much support we can here, but it would be amazing to see others help out too.â€

Leigh-Anne Mahachi, aged 22, died of stab wounds on Tuesday, April 12, after being attacked in her Gleadless Valley home.

Tapiwa Furusa, 37, has been charged with her murder and has been remanded in custody.