Minister of Information, Media and Broadcasting Services Christopher Mushohwe on 13 May 2016 admitted that the government issued provincial commercial radio broadcasting licences to individuals and companies that do not have the capacity. 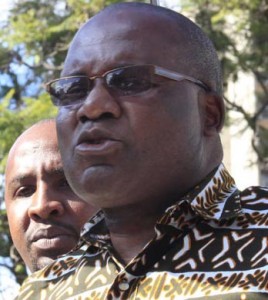 Speaking at the official launch of the state-controlled Zimpapersâ€™ Diamond FM in the eastern border town of Mutare, Mushohwe said his offices are being inundated by those whose applications were turned down demanding they be licensed since the recipients are not operational.

The minister said the dormant licenses might as well be issued to Zimpapers since they had demonstrated their capacity to broadcast.

The ministerâ€™s remarks exonerate long held suspicions that the licenses in question were issued to individuals and companies that have links with the government or ruling Zanu PF at the expense of more deserving applications.

It also speaks volumes about the opaqueness of the licensing processes at BAZ.

MISA-Zimbabwe urges the minister to revisit the 2015 licensing process for verification of how the licenses were issued to the applicants that have not been able to start operations.

Instead of giving all the licenses to Zimpapers, the minister should seriously consider the cases of the unsuccessful applicants in the spirit of openness, transparency and accountability.