Gweru based artists have questioned the role of the Ministry of Rural Development, Preservation and Promotion of National Culture and Heritage, accusing it of not focusing on the welfare of artists and urged the Minister Abednico Ncube to consider Midlands as part of Zimbabwe in all of the ministryâ€™s undertakings. 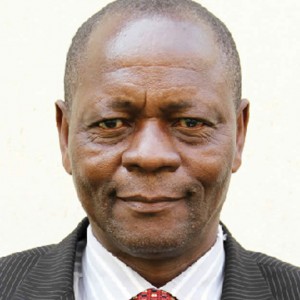 Artists and arts practitioners alike complaint that a year since the Ministry came into existence the Minister shunned the region as he did not failing come to Midlands and meet arts stakeholders on official business let alone making a courtesy call as what his proactive fellow Minister of Sports, Makhosini Hlongwane deed.
They said they feel the ministry is not doing anything significant to achieve rural and arts development in Zimbabwe. Bold statement was made regarding alleged undermining of their province by the relevant ministry.
â€œAs Gweru artist we feel fatally neglected. Since I was born 61 years ago, I have never seen such a carefree caliber of minister. First cut is the deepest his initial approach speaks volume. Honestly we were not expecting this kind of abandonment by the arts and Culture minister Ncube. He has never set his foot here since he was appointed, only to come here today for primary school quiz competitions,â€ said one renowned artist who preferred to be called Bitterness Mpofu for fear of victimization.
Mpofu urged the Minister to revisit his duties and responsibility documents so as to stops misfiring.
â€œMay be he doesnâ€™t know that primary schools belong to Dr Dokora whose Ministry equally Â abuse artist seeking showcasing talents in schools, and not him. Â This is simply an encyclopaedic display of gross incompetency which must warrant immediate action by whoever appointed him,â€ she added.
A displeased visual artist said Ncube disrespects Midlandsâ€™s artists and must be educated on his official roles or either recalled or voluntarily resign or join the education as his interestsâ€™ seems. From the looks of things Ncube is interested in dealing with education ministry. He seems to have no clue on how to address the plight of the artists.
Talks of intensifying arts development programmes in Zimbabwe by Ncube while addressing headmasters at CJR have been dismissed by many as insincere talking and mere politicking.
â€˜â€™His duties are not to represent his political party or interest of primary schools as he sounded but Â Â the ministry was designed to promote and safeguard the welfare of Â the suffering artists. He must leave schools business to Dokora and concentrate on his Rural Development, Preservation and Promotion of National Culture and Heritage business.
In an exclusive interview with journalists on the sidelines of the event Ncube brushed aside all the questioned posed on him by this publication. â€œWhich media house do you belong to young man? As for now, let me not entertain your questions. I will respond to them later,â€ he said, leaving.