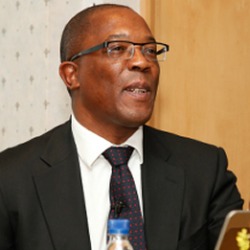 Mushore was recently appointed the cityâ€™s chief executive by Manyenyeni after a full council meeting had endorsed the move but the decision was reversed by Local Government Minister, Saviour Kasukuwere, who alleged some inconsistencies in the process.

The Manyenyeni led council resisted Kasukuwereâ€™s directive and went ahead to give Mushore an employment contract.

According to Combined Residents Association (CHRA), a residentsâ€™ representative pressure group whose leaders attended the Thursday full council meeting, the council resolved that Mushore should, with immediate effect, vacate council offices until issues surrounding his appointment were resolved.

CHRA said the meeting also resolved that the Local Government Board revisit the interviewing process of all candidates who were shortlisted for the Town Clerkâ€™s position.

â€œThe Resolution made by the Councillors in Harare is that Mr James Mushore, the man who was recruited by suspended Mayor Bernard Manyenyeni to be the Town Clerk should stop reporting for work until the legality of his recruited is finalised in the courts of law.

â€œAnd he shall not have any benefits from the council. In terms of procedure, the names of Mushore and others shortlisted to be in line to succeed Dr Tendai Mahachi as Harare City Council Town Clerk were supposed to be submitted to the Local Government Board (LGB) alongside, the advertisement that the shortlisted candidates responded to,â€ said CHRA.

It was also resolved that the Council resolution announcing the vacancy should be retrieved while the score-sheets used by the interviewing panel in the selection process should also be made available.