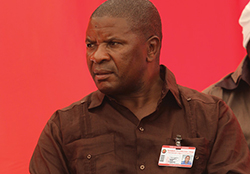 Little of the mega-deals promised by Beijing have materialised but the Chinese have externalised billions of dollars from Zimbabwe, leaving behind a collapsed economy with millions of locals unemployed.

â€œThe PDP calls on all Zimbabweans and other international stakeholders to come together and call for the Chinese to exit our country immediately,â€ said Willias Madzimure, PDP Secretary for International Relations.

â€œThey (Chinese nationals) have contributed nothing of value except to aid a corrupt and repressive political system while looting away our national resources.â€

President Robert Mugabe, a former darling of the West knighted by the British Crown, pivoted towards China after western capitals shut their doors on him; displeased with his violent rule and electoral chicanery – so they charged.

But more than a decade after adopting the so-called Look East policy, Beijing has profited from the arrangement while Harare boasts of â€œunemployment of 90% â€¦ (while) 4.5 million citizens are in need of food aidâ€.

The most blatant looting, said Madzimure in a statement Monday, related to the diamond discovery at Marange in the eastern Manicaland province.

â€œBy its own admission, the failed Zanu PF regime confirmed â€¦ that the Chinese were looting diamond money,â€ he said.

â€œMugabe, in a bizarre admission, informed the suffering masses that under his watch Zimbabwe lost a whopping US$15 billion worth of diamond revenue.â€

The pillaging was conducted with the connivance of dodgy Chinese businessmen who have since been jailed by Beijing.

â€œThe government worked with a coterie of shadowy Chinese companies such as Anjin, Jinan among others which were fronted by criminals such as the now jailed Sam Pa,â€ said Madzimure.

He added: â€œThe Chinese have literary invaded the national economy and are milking all the profits back to Shanghai, Beijing and Hong Kong.

â€œOne of the striking features of the Chinese operations is that they do not pay their taxes and smuggle goods into the country by undervaluing their goods and not declaring most of their imports.

â€œThey also bribe ZIMRA officials at the borders and offer handouts to ZANU PF politicians as ways to evade paying taxes and thus prejudice the nation billions in revenue.

â€œMore dangerously, the Chinese have some of the most deplorable labour relations. They over-work their employees, under pay them and often assault them at work places.â€

While looting the crippled nation, Beijing has also actively worked to ensure the â€œfailedâ€ Zanu PF regime remains in power.

â€œIn return for having been given unfettered access to the national economy by the desperate Mugabe regime, the Chinese have offered political protection at international level,â€ Madzimure said.

He continued: â€œThus the Chinese are at the centre of Zimbabweâ€™s challenges.

â€œBy, on one hand, aiding and abetting the criminal Mugabe regime and, on the other, salting away billions of dollars from the country, the Chinese are killing the country twice.

â€œThey are sustaining and perpetuating oppression of the worst kind while ensuring that the present and future generations of the country are permanently economically disempowered and disinherited forever.

â€œThis is the worst kind of imperialism and as Zimbabweans we must rise and resist it.â€

â€œAny investment must be mutually beneficial to both parties but in our case it is the Chinese criminals and their local puppets that are eating the national cake.

â€œAll which is there to show for ordinary citizens is deep seated poverty, squalor, hunger and a scared environment, a permanent mark of the historical looting of our minerals by Chinese thieves.â€